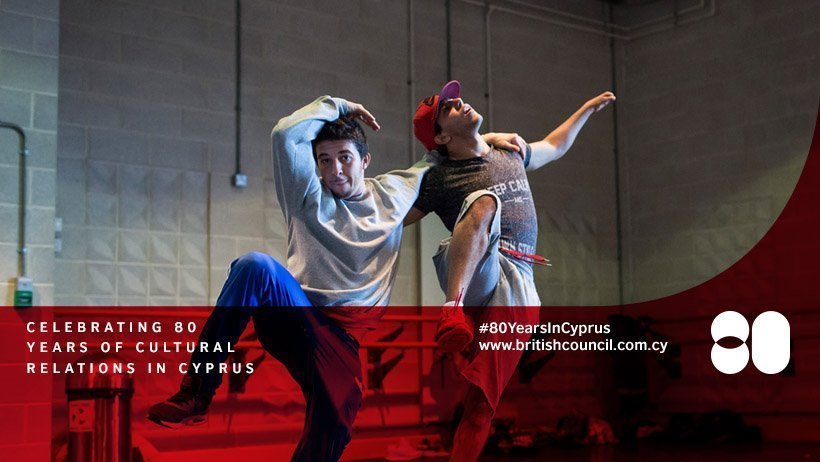 The British Council has been working with Cyprus since 1940. In 2020, the organisation is marking its 80th anniversary with a series of events, celebrating cultural relations and exchange between the UK and Cyprus, and the collaborative role the British Council has played in supporting and maintaining these.

The campaign will highlight key moments throughout the 80 years that the British Council has been based in Cyprus; comparing the ‘then’ with the ‘now’ and showing how the organisation has evolved through the years. Today, the British Council is more accessible than ever, with its digital presence providing the opportunity for anyone, whether in Cyprus or abroad, at any time to access the organisation’s information.

Over the past 80 years, the cultural relations organisation has helped Cyprus’ emerging leaders in culture and education, to develop new skills and international partnerships. The organisation, is recognised across Europe as a trusted representative for artistic and cultural connections with the UK, brokering opportunities for collaboration between the most important and innovative artists and cultural organisations in the UK and in Europe. An annual programme highlight is #FiveFilms4Freedom; the world’s widest-reaching digital celebration of LGBTQ+ themed film, which showcases films by emerging filmmakers from across the world and has a popular audience from Cyprus.

At the same time, the British Council provides platforms for UK higher education and research institutions to connect and collaborate with their counterparts and with students and researchers in European countries. Encouraging more young people to be involved in science and research, the British Council in Cyprus, organises the biggest science communication competition on the island, FameLab. The competition has been running in Cyprus since 2011 and already boasts an amazing network of 77 science communicators, who are committed to sharing their work and knowledge with public audiences nationally and internationally. This year’s edition will also be part of the wide-ranging anniversary celebrations.

The UK remains the top destination for Cypriot students, with approximately one per cent of the population studying there at any one time, and around 40,000 alumni at UK institutions in total.

According to the UK’s Higher Education Statistics Agency (HESA), a total of 9,730 Cypriots were studying in Britain for the 2017/18 academic year. The yearly British Council’s UK Education Fair held in autumn is a milestone for students who consider studying in the UK. In 2019 more than 40 UK universities joined the fair to meet students face to face.

Thousands of people in Europe who take English tests with the British Council, gain access to development, study and employment opportunities in their own countries and around the world. In Cyprus, the international organisation collaborates with about 50 highly recognised International exam boards, thus creating friendly knowledge and understanding between the people of the UK and other countries.

Angela Hennelly, British Council Director Cyprus said “Our anniversary is an occasion to celebrate our deep relationships in Cyprus and to look back on some of the great people and programmes that have shaped our work over the last 80 years. Our anniversary programme, will recall highlights from our past in Cyprus as well as look ahead to our shared future. We invite our partners, friends and everybody in Cyprus to join us in celebrating cultural relations and exchange throughout the year.’

For more information about the events and activities celebrating the British Council’s 80 years in Cyprus Follow #80YearsInCyprus campaign on social media and visit our site: https://www.britishcouncil.com.cy/about/80-years-cultural-relations-in-cyprus

By In Cyprus
Previous articleWith a nod from parliament, Greece gets first female president
Next article24 year old road fatality died of head injuries, UCY flags at half mast