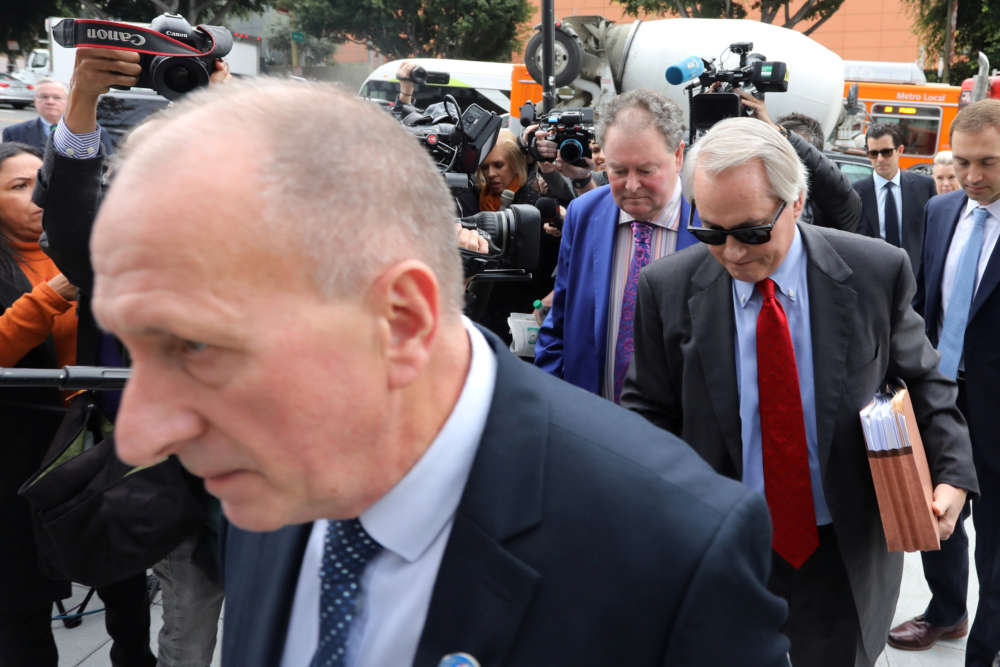 The British cave explorer suing Elon Musk testified on Wednesday he felt “branded a paedophile” by the billionaire entrepreneur, despite Musk’s assertion that his “paedo guy” tweet at the heart of the defamation case was not meant to be taken literally.

Vernon Unsworth, seeking unspecified damages in his lawsuit against Musk, took the witness stand on the second day of a trial stemming from their public squabble over last year’s rescue of 12 boys and their soccer coach from a flooded cave in Thailand.

But Unsworth, his voice cracking with emotion, said Musk’s remarks about him on Twitter left him feeling “humiliated, ashamed, dirtied.”

“Effectively, from day one, I was given a life sentence without parole. It hurts to talk about it,” Unsworth said.

After helping coordinate the successful rescue of the soccer team and its coach from Thailand’s Tham Luang Nang Non cave in July 2018, Unsworth in a CNN interview mocked Musk’s offer of a mini-submersible as a “P.R. stunt” and said Musk could “stick his submarine where it hurts.”

Musk, who had traveled to the rescue site to deliver a mini-sub that was never used, has testified he took to Twitter to lash out at Unsworth after seeing the CNN interview because he found Unsworth’s remarks about him to be “extremely rude and contemptuous.”

Musk apologised from the witness stand and expressed regret several times for his tweets, which he downplayed as “off-the-cuff” retorts he hurriedly wrote in anger and never intended to be taken seriously.

He also insisted in court, as he has before, that he did not believe Unsworth was a pedophile and was not even aware at the time that Unsworth, whom Musk also described then as a “British expat guy who lives in Thailand (sus)” – Twitter jargon for “I suspect” – was related to the cave rescue.

Unsworth, 64, who said he began caving as a hobby in 1971 and splits his time between Britain and Thailand, where he has a Thai girlfriend, said the force of Musk’s Twitter commentary was far from a casual insult.

“When you combine ‘sus’ and ‘ped guy,’ I took it to mean I was being branded a pedophile,” he testified.

Musk, 48, said the term “pedo guy” was a common epithet in South Africa, where he grew up.

“It’s an insult, like saying mother-effer doesn’t actually mean someone having sex with their mother,” he testified, using a sanitised version of a more vulgar expression.

Musk capped his two-day appearance by acknowledging under questioning that his net worth, mostly from stock holdings in SpaceX and Tesla, ran about $20 billion.

“People think I have a lot of cash. I actually don’t,” he said.

U.S. District Judge Stephen Wilson has said Unsworth’s defamation case hinges on whether a reasonable person would take Musk’s tweets to mean that he was calling Unsworth a paedophile.

To win his lawsuit, Unsworth needs to show that Musk was negligent in publishing a falsehood that clearly identified him and caused him harm. “Actual malice” by Musk does not need to be proven because the judge deemed Unsworth a private individual, not a public figure.

Although the case does not involve Tesla, Musk’s Twitter habits have long been under close scrutiny, with the company’s investors and regulators expressing concerns about his tweets.

With 29.9 million followers, Musk’s social media account is a major source of publicity for the Palo Alto, California-based Tesla, which does not advertise.