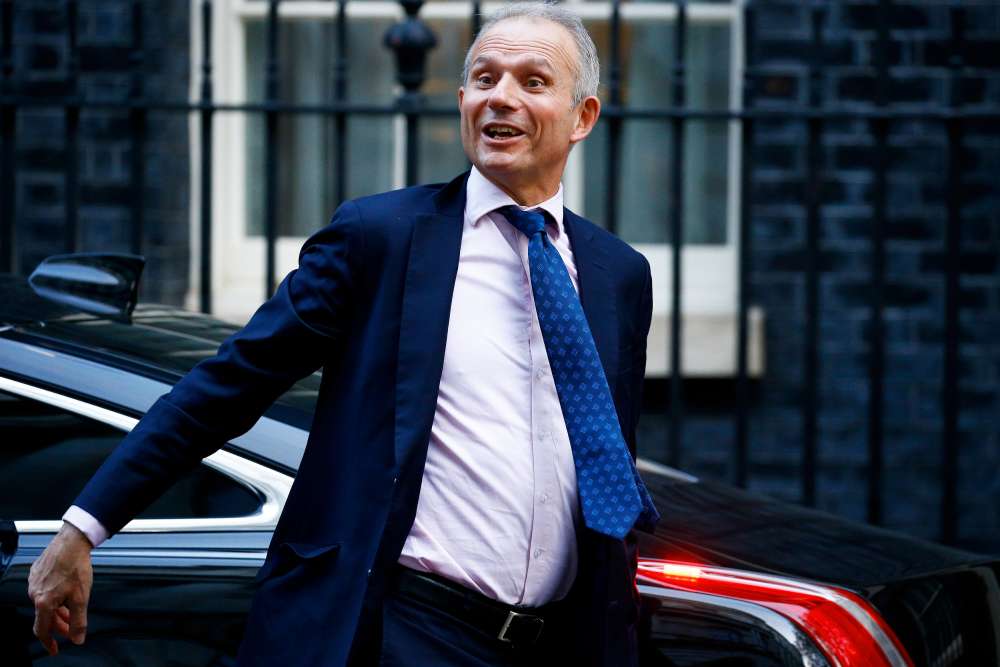 Prime Minister Theresa May will try to convince senior ministers on Wednesday to accept a draft European Union divorce deal that opponents say threatens both her government and the unity of the United Kingdom.

The weakest British leader in a generation, she has to try to get the deal approved by parliament before exiting the bloc on March 29, 2019.

Brexiteers in May’s Conservative Party accused her of surrendering to the EU and said they would vote the deal down. The Northern Irish Democratic Unionist Party (DUP) which props up May’s minority government questioned whether she would be able to get parliamentary approval.

“From what we have seen and heard we do not believe this deal is the best deal,” said Jeffrey Donaldson, a DUP lawmaker. “This deal has the potential to lead to the break-up of the United Kingdom and that is not something we can support.”

The British cabinet will meet at 1400 GMT.

Sterling, which has seesawed since reaching $1.50 just before Britain’s 2016 referendum that saw a 52-48 percent margin for leaving the EU, was flat at $1.2967 after briefly jumping more than 1 percent on news of a deal.

EU leaders could meet on Nov. 25 for a summit to seal the Brexit deal if May’s cabinet approves the text, diplomatic sources said.

For the EU, reeling from successive crises over debt and immigration, the loss of Britain is the biggest blow yet to 60 years of efforts to forge European unity in the wake of two world wars.

The draft deal pushes the United Kingdom towards the Brexit finale though the ultimate outcome is uncertain: scenarios range from a calm divorce to upheaval that would scuttle the economy and sink May’s premiership or even lead to another referendum.

May, an initial opponent of Brexit who won the top job in the turmoil following the 2016 referendum vote, has staked her future on a deal which she hopes will solve the Brexit riddle: leaving the EU while preserving the closest possible ties.

Far from garnering broad support, May’s plans so far have upset Brexiteers, pro-Europeans, Scottish nationalists, Northern Ireland’s DUP and some of her own ministers.

Prominent Brexiteers such as Conservative lawmaker Jacob Rees-Mogg and former foreign secretary Boris Johnson said May had sold out the United Kingdom and they would oppose it.

“For the first time in a thousand years this place, this parliament, will not have a say over the laws that govern this country,” Johnson said.

But Conservative lawmakers also have to factor in the implications of defeating a deal: to do so could topple May, delay Brexit, pave the way for a national election, or, as many opponents of Brexit hope, a new EU referendum.

Brexit will pitch the world’s fifth largest economy into the unknown and many fear it will serve to divide the West as it grapples with both the unconventional U.S. presidency of Donald Trump and growing assertiveness from Russia and China.

Some business chiefs, though, were positive about May’s deal.

“My gut feeling is we need to get behind it and we need to make this deal work. What we need is certainty,” said Juergen Maier, the UK CEO of German engineering giant Siemens.

“It looks to me this is the only deal in town. I think it is better to get behind it, maybe fine tune it a little bit and make it work.”

Supporters of Brexit say that while the divorce might bring some short-term instability, in the longer term it will allow the United Kingdom to thrive and strike new global trade deals, while enabling deeper EU integration without such a powerful reluctant member.