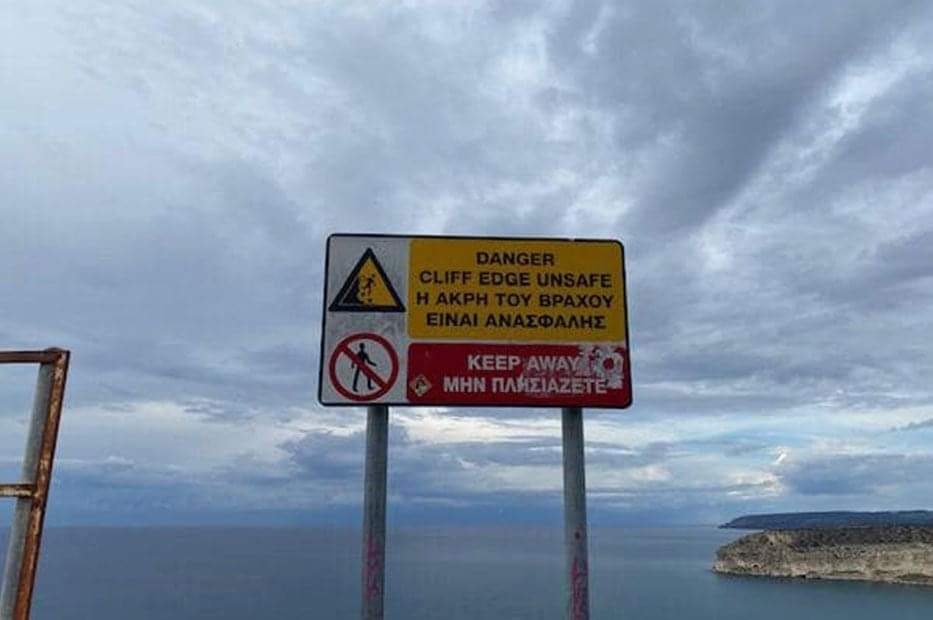 The British bases’ Environmental Department has started an awareness campaign about the sensitivities of Zapalo area and the activities that are prohibited.
This is what a press said on Monday, adding that environmental wardens of the bases are providing information to people who visit the beach.
Last weekend, more than one hundred people visited the area with several fined and warned for leaving rubbish behind or for having dogs on the beach, it added.
Assistant Environment and Conservation Officer, Alexia Perdiou, said: ‘’Unfortunately, the increased popularity of the area has started to have significant impacts on the site which is designated as a Special Area of Conservation and a Special Protection Area, the equivalent of a NATURA 2000 site.
“Since the beginning of the summer a lot of people have visited the area, to camp at night, bring their dogs and leave rubbish behind. Increased human presence and associated activities are a direct threat both to nesting turtles, hatchlings emerging from nests and breeding birds.”
She also said that the threats at Zapalo area and especially at the beach are all related to human presence, including lights used overnight threatening nesting turtles and hatchlings.
As well as the use of drones near the cliffs that disturb one of the few remaining breeding sites for the most endangered bird species on island, the Griffon vulture and the Eleonora falcon.
“The steep dirt track leading to the beach has been closed for vehicles for safety grounds. Over the past years the track has deteriorated further and together with falling rocks, it could also be risky for people who use it to get to the beach,” she also said.
“Over the past year we’ve come to appreciate the environment by spending more time outside. Let us all continue to enjoy it by preserving it, for the generations after us.”
Any illegal activities seen in the area are to be reported to the SBA Police on 1443.
By Annie Charalambous
Previous articleRolls-Royce names former Deloitte partner Panos Kakoullis as CFO
Next articleCold front affects Cyprus, rain and storms up until late Wednesday