British Airways cancels some flights due to IT failure, one Larnaca flight affected 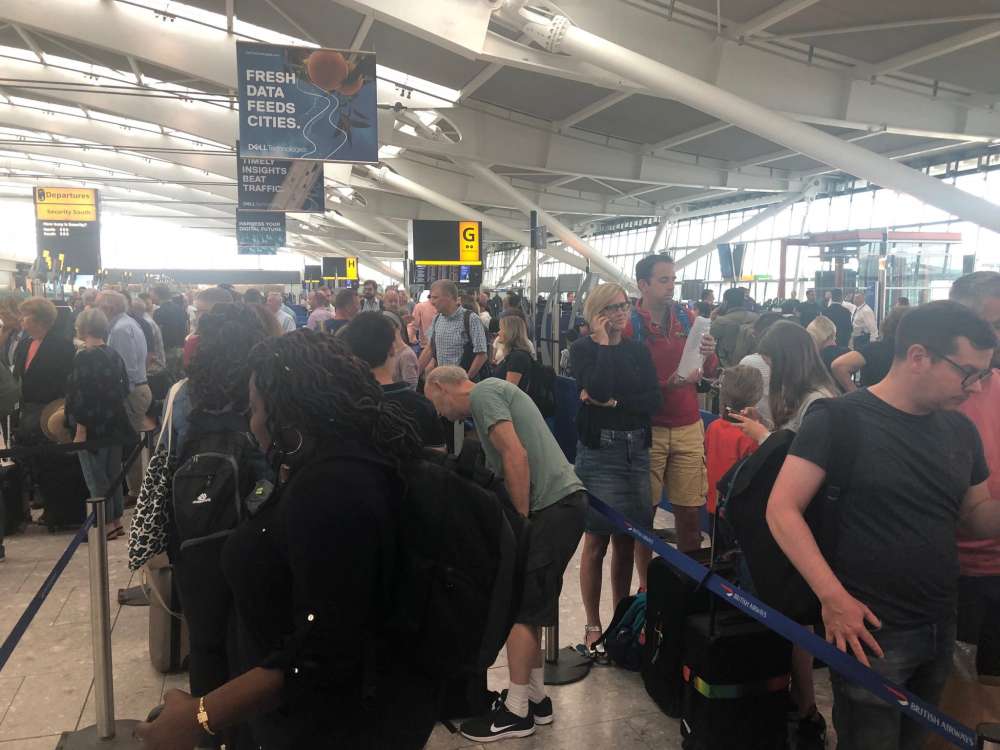 Problems with British Airways’ IT systems left thousands of passengers facing flight cancellations, delays and long queues at airports in the airline’s third major computer failure in a little more than two years.

According to the Cyprus News Agency among the affected destinations are Larnaca, Athens and other Mediterranean destinations, other European countries but also a flight to New York.

The flight departing Heathrow at 11.50 am for Larnaca was among those cancelled, the news agency added.

Wednesday’s woes are the latest in a string of problems at the airline, which is also smarting from a $230 million fine this month for a huge customer data breach and is bracing for potential strikes in a pay dispute with its pilots.

BA, owned by International Airlines Group, apologised to customers for Wednesday’s disruption and said its technical team was working to resolve the problems as soon as possible. It urged customers to allow extra time at airports.

Dozens of flights were cancelled or delayed, including flights to Greece, Spain, Italy and Russia, according to the departure boards at British airports, Reuters reports.

BA would not confirm how many people have been affected by the IT problems but said that it was experiencing a “systems issue” affecting check-in and flight departures at Heathrow, Gatwick and London City airports.

Customers have experienced issues checking in online, while others complained of being stuck on planes unable to take off for hours.

A little more than a year ago BA was forced to cancel flights at Heathrow, Europe’s biggest airport, after problems with a supplier’s IT system. And in May 2017 a massive computer system failure because of a power supply issue left 75,000 customers stranded.

British Airways said it has moved to back-up manual systems to keep some flights operating and it is offering customers the chance to rebook for another day.

About half of the British Airways flights scheduled to depart from Heathrow’s terminal five between 0930 and midday were cancelled or delayed, according to the airport’s website

Reports said some 16,000 passengers were affected.

The Independent said a total of 86 flights to and from Heathrow and another 10 from Gatwick were affected.

The problems are the latest in a string of IT failures to have hit the airline.

A little more than a year ago it was forced to cancel flights at Heathrow, Europe’s biggest airport, after problems with a supplier’s IT system. And in May 2017 a massive computer system failure because of a power supply issue left 75,000 customers stranded.