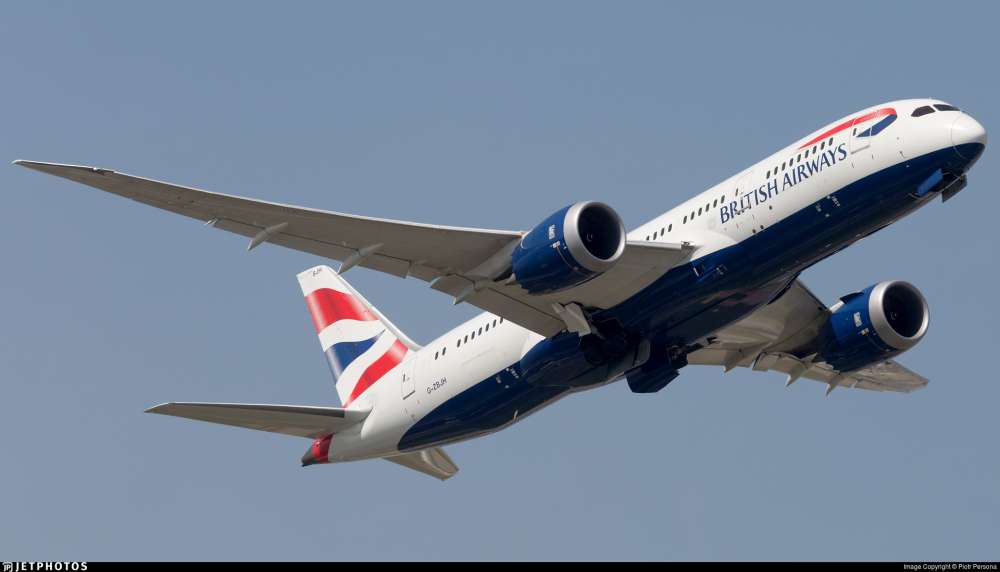 A British Airways Boeing Dreamliner B787-800 landed for the first time in Cyprus on Tuesday morning, according to Hermes Airports.

The plane, with the flight number BAW275 arrived at Larnaca from Heathrow in the morning and took off for the return flight at 1:40 pm.

The plane was manufactured in 2014 and  is mainly used for long-distance flights. On Monday it travelled to India.

A surprising #visitor arrived this morning at #Larnaka Airport for the first time, @British_Airways B787-800 (Dreamliner) ✈️?! pic.twitter.com/kFNg7Bw6iq

It is the first airliner with an airframe constructed primarily of composite materials. The 787 was designed to be 20% more fuel-efficient than the Boeing 767, which it was intended to replace. The 787 Dreamliner’s distinguishing features include mostly electrical flight systems, raked wingtips, and noise-reducing chevrons on its engine nacelles.