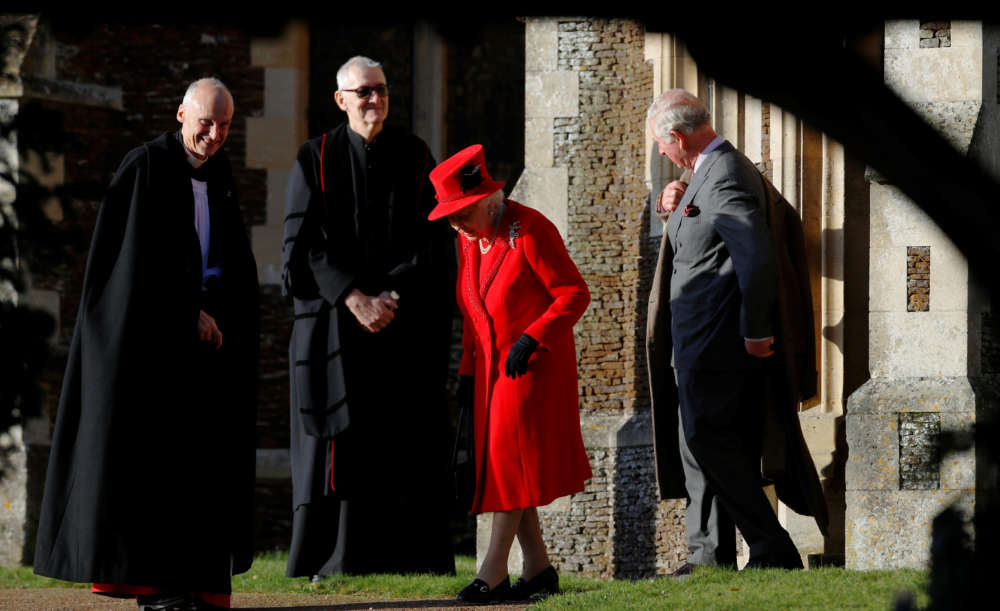 Britain’s Prince Andrew avoided the limelight on Christmas Day by skipping the royal family’s traditional mid-morning walk to church and attending an earlier service with other relatives.

Andrew, Queen Elizabeth’s second son, has kept a low profile since he stepped down from royal duties last month in the wake of a scandal over his friendship with convicted sex offender Jeffrey Epstein.

He was filmed walking along a path with his brother Prince Charles to St Mary Magdalene church near the Queen’s estate in Sandringham, eastern England in time for a 9 a.m. service.

He did not join other members of the family walking along a road to the 11 a.m. service – one of the staples of the royal calendar.

The queen attended both services, Sky News and other media outlets reported. She was not accompanied by her husband Prince Philip, 98, who was only discharged from hospital on Tuesday where he was being treated for what Buckingham Palace described as a pre-existing condition.

Later in the day, palace staff say the 93-year-old queen will use her Christmas address to the nation to stress the value of harmony and reconciliation after a “bumpy” year for her own family.

Over the past 12 months, her husband got a police warning for his involvement in a car crash, grandsons Princes William and Harry publicly fell out and Andrew became more entangled in the furore over his links to Epstein.

Andrew has denied accusation by a woman who said she was trafficked by Epstein and forced to have sex with his friends, including the prince, when she was 17.

Epstein, who had been charged with trafficking dozens of underage girls, committed suicide in jail in August.

Charles, 71, also attended the 11 a.m. service with his wife Camilla.

Charles’ elder son, Prince William was present with his wife Kate and two of their children – Prince George and Princess Charlotte. His younger brother Prince Harry is spending Christmas in Canada with his wife Meghan and baby Archie.

By In Cyprus
Previous articleRob Deering and Paul Tonkinson to Run Limassol next March
Next articlePaphos: Bridge under construction near Episkopi collapses because of rain