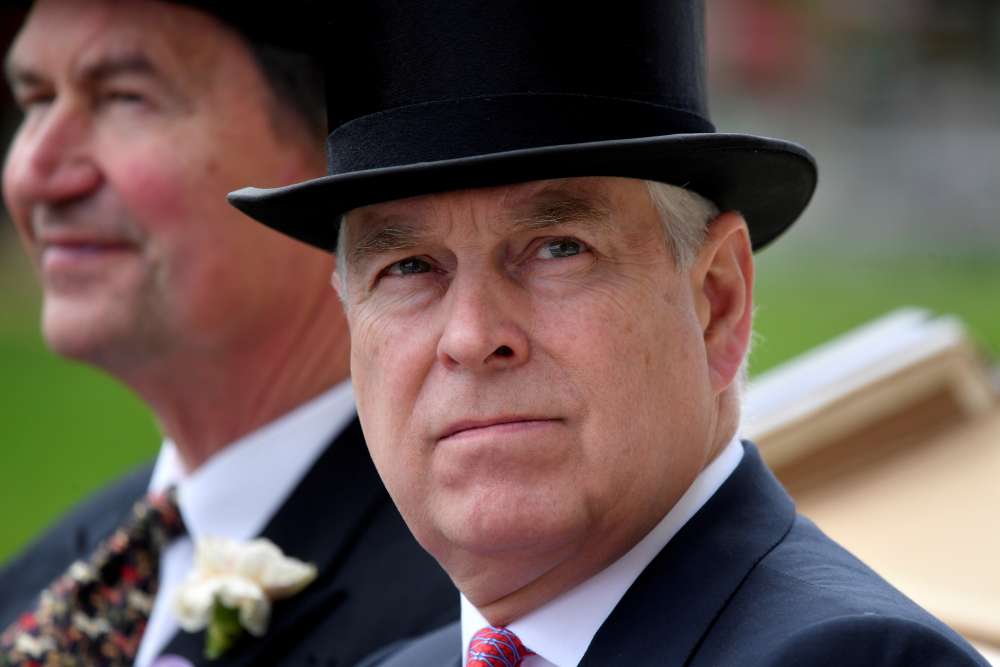 Britain’s Prince Andrew said he could not have had sex with a teenage girl at a socialite’s London home because he returned to his house after a children’s party on the night in question and has no recollection of ever meeting her.

The rare interview was an attempt to draw a line under a scandal after months of headlines about Andrew’s ties to the U.S. financier Jeffrey Epstein, who killed himself in August while being held on federal sex-trafficking charges.

Speaking publicly for the first time about his relationship with Epstein, Queen Elizabeth’s second son gave an at times rambling and contradictory account. He said Epstein’s behaviour had been “unbecoming”, but that he does not regret their friendship because of the opportunities it gave him to meet business people.

One of Epstein’s accusers, Virginia Giuffre, has said she was forced to have sex with Andrew in London, New York and on a private Caribbean island between 1999 and 2002, when she says Epstein kept her as a “sex slave”.

During the hour-long BBC interview broadcast on Saturday, Andrew gave a series of reasons why her account of meeting him sweating and dancing almost two decades ago at a London nightclub before having sex with him could not be true, including the fact he suffered from a medical condition that stopped him perspiring.

He also said that on the night he was alleged to have met her he was at home with his family after visiting a Pizza Express restaurant in Woking with his daughter Beatrice.

“I can absolutely, categorically tell you it never happened,” Andrew said. “I have no recollection of ever meeting this lady, none whatsoever.”

He defended his relationship with Epstein, saying it opened up opportunities as he transitioned out of the Navy.

“The people that I met and the opportunities that I was given to learn either by him or because of him were actually very useful,” he said.

Andrew also said he stayed at Epstein’s home in New York after the financier’s conviction because he was “too honourable”. Epstein had pleaded guilty in 2008 to Florida state prostitution charges.

“It was a convenient place to stay,” Andrew said. “But at the time I felt it was the honourable and right thing to do and I admit fully that my judgement was probably coloured by my tendency to be too honourable but that’s just the way it is.”

Giuffre, who was previously named Virginia Roberts, has said that she first had sex with Andrew when she was 17 and underage.

A picture showing the prince with his arm around Giuffre’s waist from 2001 has appeared in British media. Andrew said that he recognised himself in the photograph, but he questioned its authenticity.

He has previously denied any inappropriate relations with Giuffre.

“There is so much truth that is yet to be revealed,” she told Reuters. The prince should “should agree to testify under oath and also he should voluntarily agree to speak to law enforcement.”

When the allegations were first made, a Buckingham Palace spokesman said it was “emphatically denied” that Andrew had any form of sexual contact or relationship with Giuffre.

Andrew has previously said he stood by the palace statements and recently apologised over his friendship with Epstein.

The prince said he only visited Epstein’s New York home in 2010 after his release from prison in order to break off the friendship. The former investment banker was then a registered sex offender.

Epstein, 66, died by hanging himself in his Manhattan jail cell on Aug. 10.

Andrew said he had seen no signs Epstein was procuring young girls for sex trafficking and that as patron of a UK charity campaign against child abuse he was alert to the dangers.

“I knew what the things were to look for, but I never saw them,” he said.

He appeared to be open to giving a statement under oath, saying in the interview: “If push came to shove and the legal advice was to do so, then I would be duty bound to do so.”