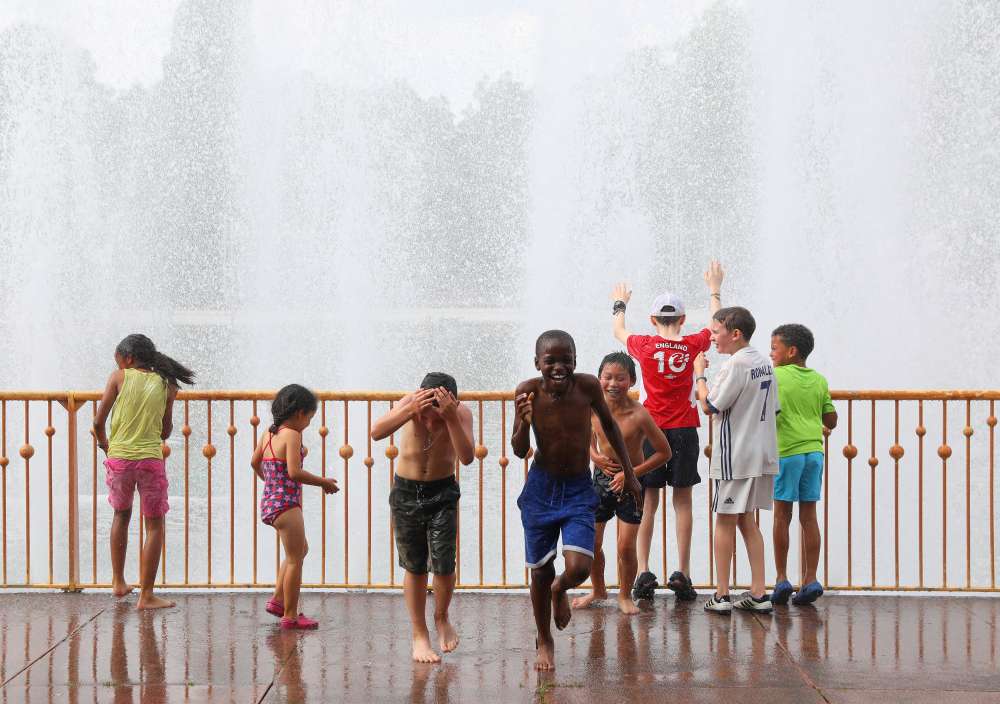 Britons sweltered on what has been dubbed “furnace Friday”, with temperatures set to test national records, the Meteorological Office said.

Though the chances of hitting July and all-time record temperatures have receded following overnight storms, it was still possible.

“They (the chances) have reduced slightly from what we thought we might see yesterday. But we still think there’s a 50 percent chance that somewhere we’ll get the July record today and a 20 percent probability of the all-time record,” said a Met Office spokesman.

Highest temperatures are expected in the southeast of England.

Temperatures on Thursday reached 35.1 degrees Celsius at Wisley, in Surrey, southern England, officially making it the hottest day of the year so far.

The all-time British record is 38.5C set in August 2003 near Faversham in Kent, southeast England, while the highest July temperature was 36.7C in 2015 at Heathrow airport.

Britain’s prolonged heatwave has turned green grass brown, triggered an impending hose pipe ban in the northwest of England, and prompted a warning from the government for people to keep out of the sun.

Farmers have also warned of possible food shortages and hospitals have been stretched by an increase in patients with heat-related ailments.

On Friday, the heat was seriously disrupting travel across the UK.

The EuroTunnel Le Shuttle operation warned passengers heading for the Continent at its Folkestone terminal to expect two-hour delays due to problems with air conditioning in carriages. The company also cancelled thousands of day trip tickets to ease congestion.

Rail services across the UK were also disrupted by lightning strikes.

By In Cyprus
Previous articleNo apology, no resignation: pressure grows on Greek government over fire deaths
Next articleParents of missing twins asked to submit additional DNA