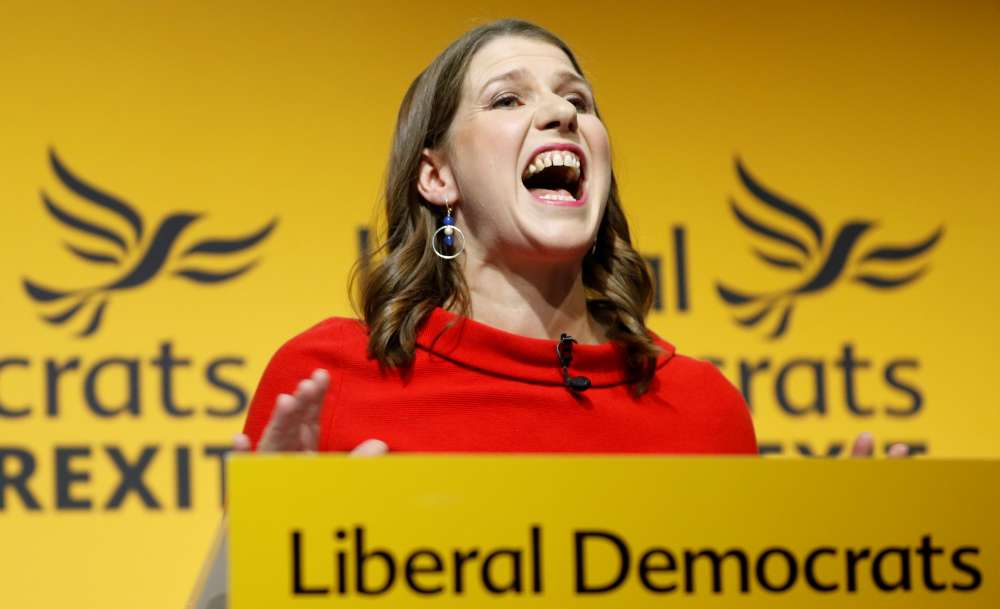 Britain’s anti-Brexit Liberal Democrat party named lawmaker Jo Swinson as its new leader on Monday, as the party looks to translate a surge in voter support for its pro-European Union agenda into influence in a deadlocked parliament.

Swinson, 39, won just under 48,000 votes, beating her rival Ed Davey who was backed by 28,000 in a ballot of party members, taking the reins of the centrist party which has 12 seats in the 650-seat parliament at a critical juncture in British politics.

Britain’s governing Conservatives are expected to name Boris Johnson as leader and prime minister on Tuesday – a man who has pledged to take the country out of the EU on Oct. 31 “do or die”.

But, the future of Brexit hangs in the balance, without a clear majority in parliament behind Johnson and deep division over how, when, and even if, Britain should follow through on its 2016 referendum decision to leave the EU.

Swinson, the party’s first female leader, has built her campaign around cementing the Liberal Democrats as the rallying point for those from across the traditional political spectrum who are opposed to Brexit.

“We believe the UK’s best future is as members of the European Union, and that’s why, as your leader, I will do whatever it takes to stop Brexit,” she said after the result.

Polls show support for the Liberal Democrats has rebounded in recent months as Britain’s political crisis over leaving the EU enters its fourth year.

In May, the party came second in elections to the European Parliament and earlier in the same month gained hundreds of elected local government posts, largely at the Conservatives’ expense.