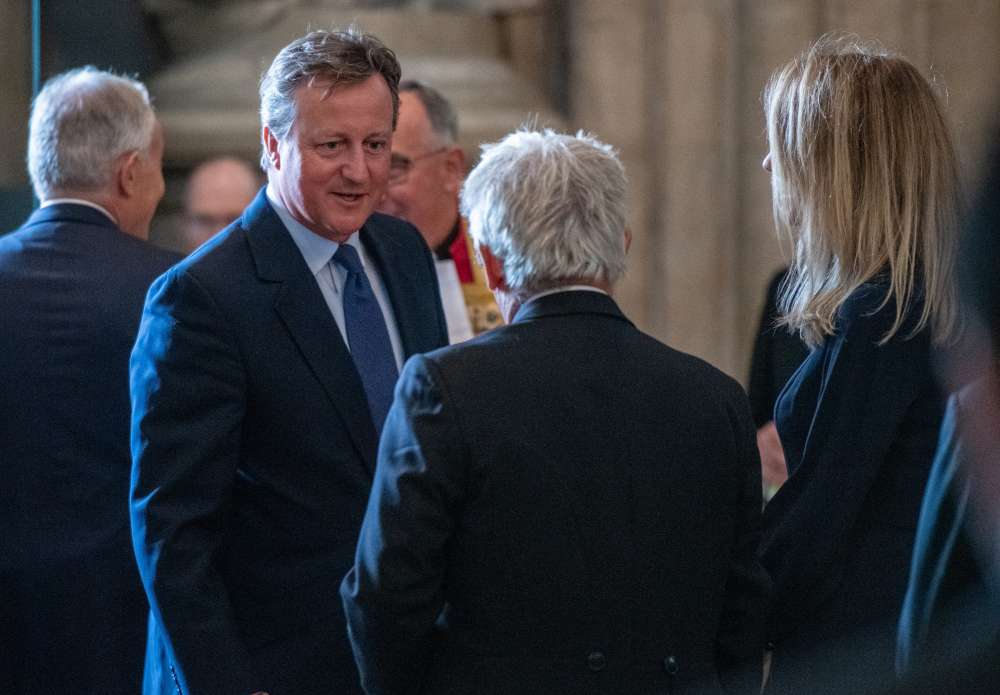 Former British prime minister David Cameron, who took the decision in 2016 to hold a referendum on the country’s membership of the European Union, said another vote may be needed to resolve the Brexit impasse.

In an interview with the Times published on Friday ahead of the launch of his memoirs, entitled “For the Record”, Cameron said a no-deal Brexit would be “a bad outcome” which should not be pursued and said a second referendum remained an option.

“I don’t think you can rule it out because we’re stuck,” said Cameron, who served as Conservative prime minister from 2010 to 2016 and campaigned in the referendum for Britain to remain in the EU.

“I’m not saying one will happen or should happen. I’m just saying that you can’t rule things out right now because you’ve got to find some way of unblocking the blockage,” said Cameron, in his first interview since he resigned the day after Britons voted in the referendum by 52% to 48% to leave the EU.

Britain has been mired ever since in complex divorce talks with the EU. The country, first under Theresa May and since July under Boris Johnson, who was one of the leading campaigners for Leave in the 2016 vote, remains deeply divided on the issue.

Cameron said he worried “desperately” about what is going to happen next, but defended holding the referendum in 2016 as necessary to achieve a renegotiation of Britain’s relationship with the EU.

Johnson says Britain must now leave the EU on Oct. 31 whether or not he reaches an exit deal. But parliament passed a law last week over his objections ordering him to seek an extension if he fails to reach an agreement with the bloc.

Johnson said on Friday there was “the rough shape of a deal to be done” over Brexit, but Irish Prime Minister Leo Varadkar played down the prospects, saying the gap between Britain and the EU remained “very wide”.

In his interview, Cameron was critical of Johnson’s decision to expel 21 Conservative lawmakers from the party for voting against the government as well as his move to shut down, or prorogue, parliament until mid-October. The decision to suspend parliament is now being challenged in the British courts.

“I didn’t support either of those things,” Cameron said.

He also said Johnson and Michael Gove, currently the minister in charge of no-deal Brexit planning, and who was also a prominent Leave supporter in the referendum, had “left the truth at home” during the campaign.