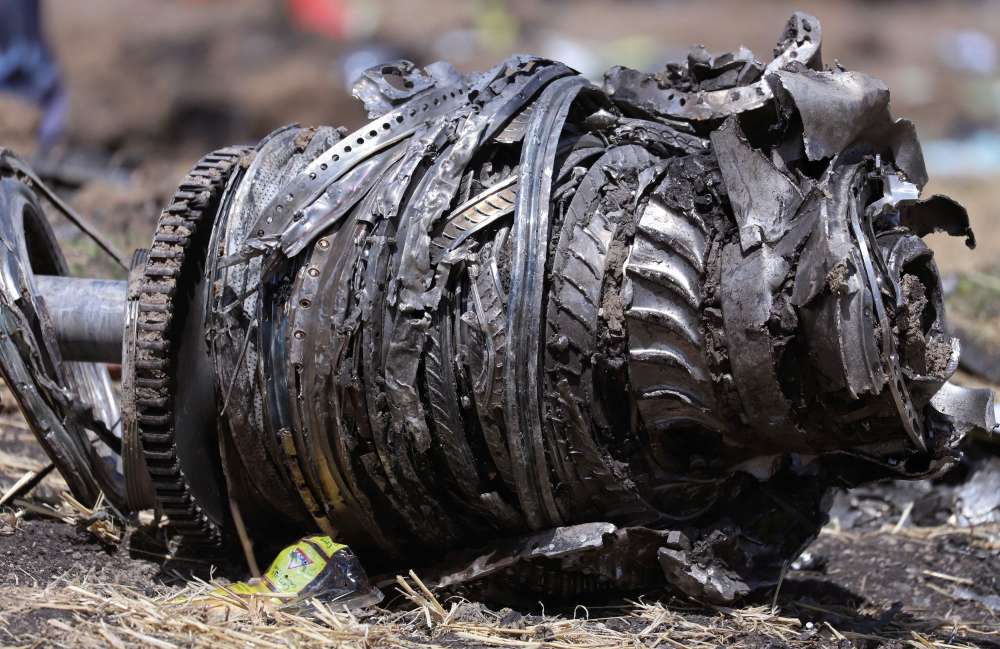 Britain joined a growing wave of suspensions of Boeing 737 MAX aircraft around the world on Tuesday, escalating the global alarm after a crash in Ethiopia that killed 157 people in the second such disaster for the model in the past few months.

The decision by one of the industry’s most established regulators was the most serious setback yet for Boeing in the wake of Sunday’s crash and put pressure on regulators in the rest of Europe and the United States to follow suit.

At the same time as London’s announcement, Norwegian Air said it too would temporarily ground its MAX 8 passenger jets on the advice of European regulators.

Earlier, Singapore, Australia, Malaysia and Oman had also temporarily suspended the aircraft, following China, Indonesia and others the day before.

“The UK, Singapore and Australia are independent professionals,” said Teal Group analyst Richard Aboulafia. “I am sure the (U.S.) Federal Aviation Administration will take their judgment into account.”

Sunday’s disaster – after the fatal crash of a 737 MAX jet in Indonesia in October – has wiped billions of dollars off the market value of the world’s biggest planemaker.

But experts say it is too early to speculate on the reason for the crash or whether the two are linked. Most crashes are caused by a unique chain of human and technical factors.

Given problems of identification at the charred disaster site, Ethiopian Airlines said it would take at least five days to start handing remains to families.

“We are Muslim and have to bury our deceased immediately,” Noordin Mohamed, a 27-year-old Kenyan businessman whose brother and mother died, told Reuters.

“Losing a brother and mother in the same day and not having their bodies to bury is very painful,” he said in the Kenyan capital Nairobi where the plane had been due.

Flight ET 302 came down in a field soon after takeoff from Addis Ababa on Sunday, creating a fireball in a crater. It may take weeks or months to identify all the victims, who include a prize-winning author, a soccer official and a team of humanitarian workers.

The United States has said it remained safe to fly the planes, and Boeing has said there is no need to issue new guidance to operators based on the information it has so far.

Ethiopian Airlines has grounded its four other 737 MAX 8 jets as a precaution.

Anxiety was also evident among some travellers, who rushed to find out from social media and travel agents whether they were booked to fly on 737 MAX planes – the same model in the Lion Air crash off Indonesia that killed 189 people in October.

If the black box recordings found at the Ethiopian crash site are undamaged, the cause of the crash could be identified quickly, although it typically takes a year for a full probe.

Nearly 40 percent of the in-service fleet of 371 Boeing 737 MAX jets globally is grounded, according to industry publication Flightglobal. That includes 97 jets in biggest market China.

Boeing shares fell another 4.8 percent on Tuesday after having lost 5 percent on Monday.

The U.S. Federal Aviation Administration (FAA) issued a “continued airworthiness notification” for the 737 MAX on Monday to assure operators, and detailed a series of design changes mandated by Boeing after the Indonesia crash.

Boeing said it had been working with the FAA following the Lion Air crash to enhance flight control software that would be deployed across the 737 MAX fleet in the coming weeks.

The MAX 8 has new software that automatically pushes the plane’s nose down if a stall is detected. There is no evidence so far whether the system was involved in the Ethiopia crash, though experts said this would be a focus of the investigation.

The new variant of the 737, the world’s best-selling modern passenger aircraft, could become the workhorse for airlines around the globe for decades and another 4,661 are on order.

Vietnam state media reported the aviation regulator would not issue licences to local airlines to operate the 737 MAX until the cause of the Ethiopian crash was known.

Still, major airlines from North America to the Middle East kept flying the 737 MAX. Southwest Airlines Co, which operates the largest fleet of 737 MAX 8s, said it remained confident in the safety of all its Boeing planes.

Former FAA accident investigator Mike Daniel said the decision by regulators to ground the planes was premature. “To me it’s almost surreal how quickly some of the regulators are just grounding the aircraft without any factual information yet as a result of the investigation,” he told Reuters.

In Nairobi, the U.N. Environment Program set up a small memorial for Victor Tsang, a staff member who lost his life.

“Travel well my friend, see you on the other side,” said one entry in a condolence book beside a framed photograph, bouquet of flowers and candle. By mid-afternoon, 23 pages of the condolence book had been filled with over 250 names.