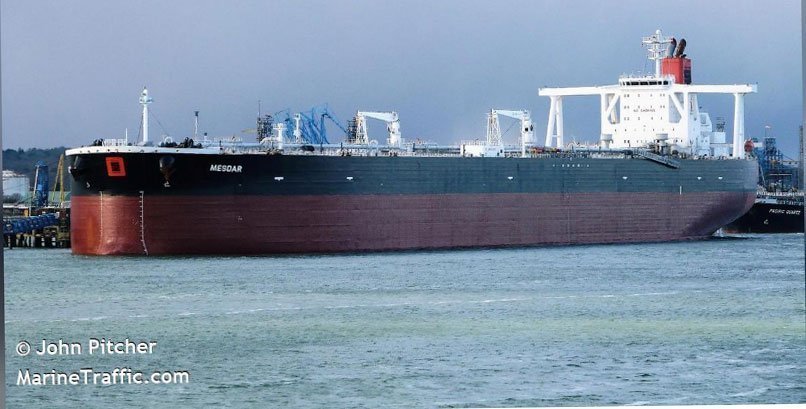 Britain on Saturday denounced Iran’s seizure of a British-flagged oil tanker in the Gulf as a “hostile act” and rejected Tehran’s explanation that it seized the vessel because it had been involved in an accident.

Iran’s Revolutionary Guards posted a video online showing speedboats pulling alongside the Stena Impero tanker, its name clearly visible. Troops wearing ski masks and carrying machine guns rappelled to its deck from a helicopter, the same tactics used by British Royal Marines to seize an Iranian tanker off the coast of Gibraltar two weeks ago.

Friday’s action in the global oil trade’s most important waterway has been viewed in the West as a major escalation after three months of confrontation that has already taken Iran and the United States to the brink of war.

It follows threats from Tehran to retaliate for Britain’s July 4 seizure of the Iranian tanker Grace 1, accused of violating sanctions on Syria.

A spokesman for Iran’s Revolutionary Guards, Brigadier-General Ramezan Sharif, said Tehran had seized the ship in the Strait of Hormuz despite the “resistance and interference” of a British warship which had been escorting it. No British warship was visible in the video posted by the Guards.

Iran’s Fars news agency said the Guards had taken control of the Stena Impero on Friday after it collided with an Iranian fishing boat whose distress call it ignored.

The vessel, carrying no cargo, was taken to the Iranian port of Bandar Abbas. It will remain there with its 23 crew – 18 of them Indians – while the accident is investigated, Iranian news agencies quoted the head of Ports and Maritime Organisation in southern Hormozgan province, Allahmorad Afifipour, as saying.

In a letter to the U.N. Security Council, Britain said the tanker was approached by Iranian forces when it was in Omani territorial waters exercising its lawful right of passage, and the action “constitutes illegal interference.”

“Current tensions are extremely concerning, and our priority is to de-escalate. We do not seek confrontation with Iran,” the letter said. “But it is unacceptable and highly escalatory to threaten shipping going about its legitimate business through internationally recognized transit corridors.”

Zarif told Hunt that the ship must go through a legal process before it can be released, Iran’s ISNA news agency reported.

The strait, between Iran and the Arabian peninsula, is the sole outlet for exports of most Middle Eastern oil, and the seizure sent oil prices sharply higher. The United States, which tightened sanctions against Iran in May with the aim of halting its oil exports altogether, has been warning for months of an Iranian threat to shipping in the strait.

“We talked about what they’ve seen, what they know, and how they’re beginning to think about how they will respond,” Pompeo said in an interview with the Washington Examiner that was published on Saturday by the State Department. “Iran is in a place today that they have taken themselves.”

Another oil tanker, the Mesdar, was also boarded by Iranian personnel on Friday and temporarily forced to divert toward Iran, but later was allowed to continue on its route through the strait. On Saturday Algeria’s APS news agency said the Mesdar was owned by Algeria’s state oil company Sonatrach.

France, Germany and the European Union joined Britain in condemning the seizure.

The three big European countries are signatories to a 2015 nuclear deal between Tehran and world powers that Washington undermined by quitting last year, setting Iran’s already fragile relations with the West on a downward spiral.

Under the pact, Iran agreed to restrict nuclear work in return for lifting sanctions. The European countries opposed the Trump administration’s decision to abandon the agreement last year, but have so far failed to fulfill promises to Iran of providing alternative means for it to access world trade.

“Just spoke to … Zarif and expressed extreme disappointment that having assured me last Saturday Iran wanted to de-escalate situation, they have behaved in the opposite way,” Hunt wrote on Twitter. “This has to be about actions not words if we are to find a way through.”

Earlier he said London’s reaction would be “considered but robust” and it would ensure the safety of its shipping.

On Friday, Hunt said the solution would be found via diplomacy and London was “not looking at military options.” Britain’s government said it had advised British shipping to stay out of the Hormuz area for an interim period.

During the past three months of escalation, the United States and Iran come as close as ever to direct armed conflict. In June, Tehran shot down a U.S. drone and President Donald Trump ordered retaliatory air strikes, only to call them off just minutes before were to have been carried out.

The vessel had been heading to a port in Saudi Arabia and suddenly changed course after passing through the strait.

The United States has blamed Iran for a series of attacks on shipping around the Strait of Hormuz. Tehran has rejected the allegations. Washington also said it had this week downed an Iranian drone near where the Stena Impero was seized.

The United States is sending military personnel and resources to Saudi Arabia for the first time since the U.S. invasion of Iraq in 2003.