Brexit whirlwind heads towards election or no-deal, unless someone moves 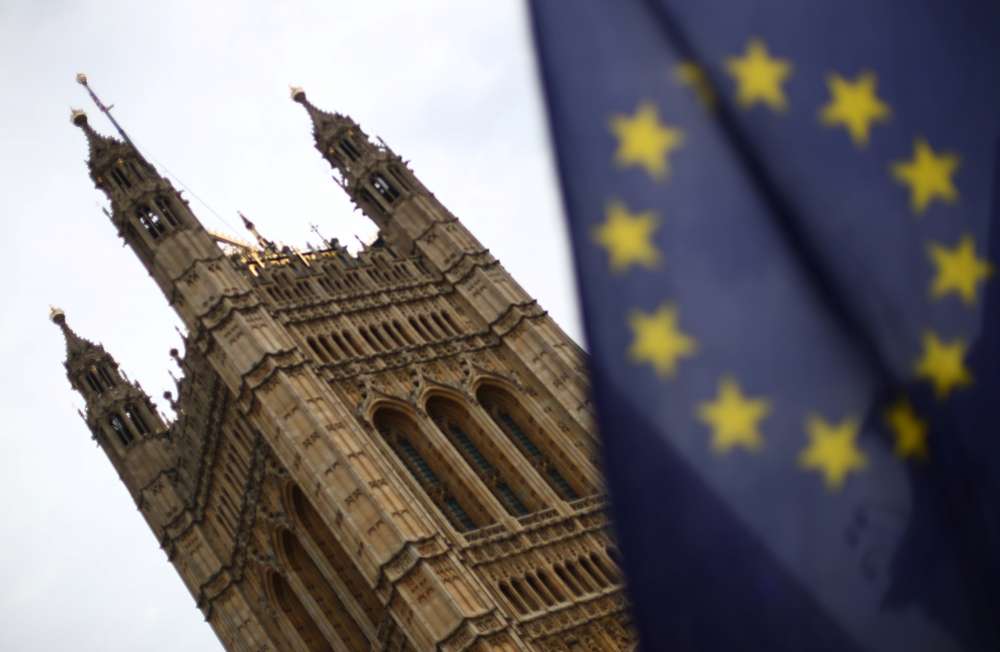 To solve the Brexit riddle that has paralysed British politics for three years, Prime Minister Boris Johnson has just three main options: an election, a new deal or a no-deal Brexit.

Johnson has vowed to reach a new divorce deal so that Britain can leave the European Union by Oct. 31, though he said that in the “remote possibility” that the EU refuses to negotiate then he will reluctantly go for a no-deal exit.

Following are the scenarios:

The European Union refuses to rewrite the Withdrawal Agreement that Theresa May agreed last November. As the United Kingdom heads towards a no-deal exit, British lawmakers slam on the brakes and Johnson calls a national election.

Facing a rebellion over a no-deal Brexit, Johnson could dissolve parliament and call a national election, casting rebel lawmakers and the opposition Labour Party as the enemies of ‘the people’s Brexit’.

By loading his senior team with Brexiteers and hiring Dominic Cummings, the campaign architect behind the 2016 vote to leave the EU, Johnson has signalled that electoral politics is high on his agenda.

“Our best guess is that as the negotiations with the EU go nowhere” so Johnson could be tempted by an electoral alliance with the Brexit Party of Nigel Farage, JPMorgan said in a note to clients.

“The prospect of a Conservative-Brexit Party link up, be that formal or informal, will make a general election look the most attractive of the options available to Boris,” JPMorgan said.

An election can be triggered in two ways. Firstly, if two-thirds of lawmakers agree to a government proposal for one; or if a majority of lawmakers vote that they have no confidence in the current government and no alternative government is agreed.

Johnson is expected to face a vote of no confidence, called by the opposition Labour Party, when parliament reconvenes in September.

If he is unable to survive this test, there is 14 days to form an alternative government. If no one is able to do that, an election is called. If a motion of no confidence is passed on Sept. 3, an election could be held as early as Oct. 24.

Johnson’s bet pays off and the threat of a no-deal Brexit persuades the EU’s biggest powers – Germany and France – to agree to significantly revise the divorce deal. In essence, the EU buckles and agrees to a new deal.

Another option is that London and Brussels agree to a minor change to the deal that they then portray as a major breakthrough that can be sold to their respective sides.

“We think the modiﬁcations that a Johnson government could secure with EU agreement are relatively minor,” Goldman said.

If there is a grand bargain, it would be likely to be struck at a last minute summit – the European Union’s favoured vehicle for resolving crises. Both sides would choreograph drama for domestic audiences.

Goldman Sachs says there is a 45% chance of securing a negotiated exit. For a deal to be reworked, it would need the support of German Chancellor Angela Merkel and French President Emmanuel Macron, and the Irish.

Any renegotiated deal would need to win a majority in Britain’s 650-seat parliament, where the ruling Conservative Party does not command a majority and is split over the best way to deliver Brexit.

The EU refuses to play Johnson’s game, he refuses to plead for a delay, and the United Kingdom crashes out of the bloc on Oct. 31.

Many investors say a no-deal Brexit would send shock waves through the world economy, tip Britain’s economy into a recession, roil financial markets and weaken London’s position as the pre-eminent international financial centre.

Wrenching the United Kingdom out of the bloc without a deal means there would be no formal transition arrangement to cover everything from post-Brexit pet passports to customs arrangements on the Northern Irish border.

Goldman Sachs raised its estimate of the likelihood of a no-deal to 20% from 15% shortly after Johnson was named as the new prime minister.

Supporters of a no-deal Brexit say that while there may be some short term turmoil, in the longer term the economy would prosper from a swift end to EU membership.

Legally, Britain leaves on Oct. 31, seven months later than planned, unless the EU agree to a further delay and parliament changes the exit date written in law.

A majority of lawmakers have previously voted to try to block a no-deal exit, but leaving without a deal would not require ratification by parliament.

Still, lawmakers say they will use flexibility in Britain’s constitution to find a way to stop it happening.

To counter such a move, the prime minister could suspend parliament until after Oct. 31, a radical step known as ‘prorogation’, which would trigger a constitutional crisis.

Johnson has not publicly ruled out a prorogation, but stressed it is not his preferred option. Lawmakers have already taken steps that would force parliament to sit on some days during September and October.

Some Conservatives have threatened to resign from the party and vote against their leader to prevent a no-deal exit and topple the government. It would take only a handful of Conservatives votes in favour of a no confidence motion to trigger the collapse of the government.

If Johnson is unable to deliver Brexit and unwilling to call an election he would have few options left. He could resign, as May did, without triggering a general election.

Parliament could also try to topple the government by calling a no confidence vote. Or his party could turn on him.

5. DELAY OR NO BREXIT

Johnson, or another leader, decides no-deal Brexit would be too damaging so has to delay. Opponents of Brexit have long sought to delay the exit in the hope of eventually reversing the referendum decision.

To get an extension, the EU would likely insist on a detailed plan from Britain on how it intends to break the domestic political deadlock. Possible justifications could be a second referendum on leaving the EU, or a general election.

A general election could result in a government which is committed to remaining in the EU. This could lead to a second referendum in which the government campaigns against Brexit, or an executive decision to cancel Britain’s exit altogether.

Goldman Sachs estimates there is a 35% chance of Brexit not happening, revised down from 40% prior to Johnson’s election.