Brexit up in the air as May faces possible plot, parliament tries to grab control 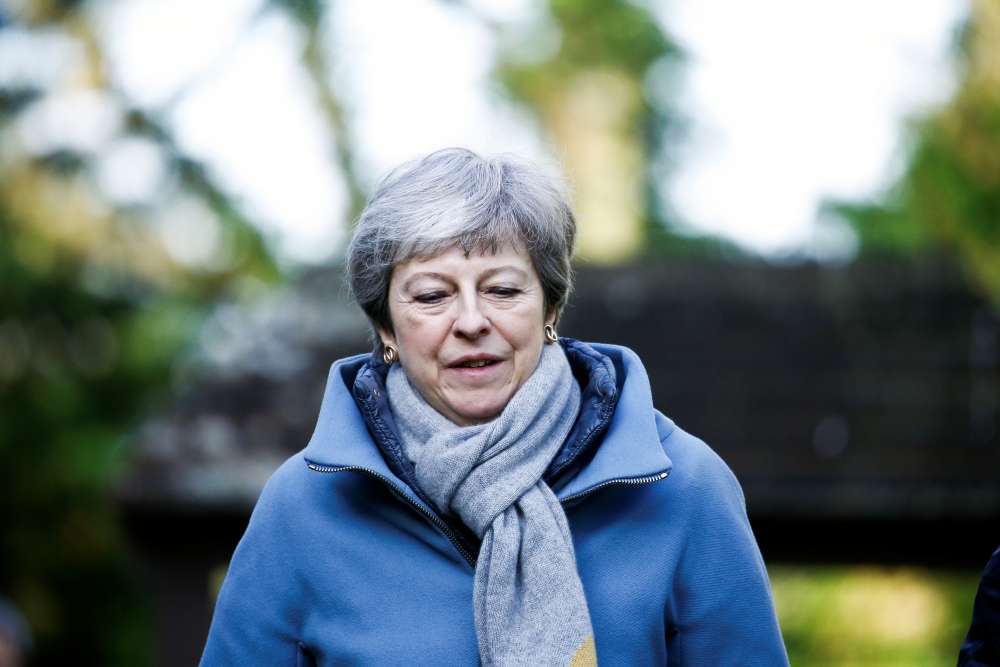 The United Kingdom’s exit from the European Union was in disarray on Sunday as Prime Minister Theresa May faced a possible plot by ministers to topple her and parliament prepared to grab control of Brexit from the government.

At one of the most important junctures for the country since World War Two, British politics was at fever pitch and, nearly three years since the 2016 referendum, it was still unclear how, when or if Brexit will ever take place.

With May humiliated and weakened, ministers insisted she and the British government were still in charge of the country, and that the best option was still for parliament to ratify May’s twice-defeated Brexit divorce deal.

As hundreds of thousands of people marched across central London on Saturday to demand another Brexit referendum, May was the subject of what The Sunday Times said was a “coup” by senior ministers seeking to oust her.

The newspaper cited 11 unidentified senior ministers and said they had agreed that the prime minister should stand down, warning that she has become a toxic and erratic figure whose judgment has “gone haywire”.

When asked by Sky about reports in The Sunday Times and other newspapers of a plot and whether she had run out of road, finance minister Philip Hammond said: “No. I don’t think that is the case at all.”

“Changing prime minister wouldn’t help us,” Hammond said. “To be talking about changing the players on the board, frankly, is self-indulgent at this time.”

Hammond said the best way forward would be for parliament to back May’s deal, although he said that it might not be approved and so parliament should then try to find a way to end the impasse.

“I’m realistic that we may not be able to get a majority for the prime minister’s (Brexit) deal and if that is the case then parliament will have to decide not just what it’s against but what it is for,” he said.

Brexit had been due to happen on March 29 before May secured a delay in talks with the EU on Thursday.

Now a May 22 departure date will apply if parliament rallies behind the British prime minister and she is able to pass her deal. If she fails to do so, Britain will have until April 12 to offer a new plan or decide to leave the EU without a treaty.

Some lawmakers have asked May to name her departure date as the price for supporting her deal, though it was unclear when a third vote might take place.

If May’s deal is dead, then parliament will try to find a different option. That opens an array of options including a much softer divorce than May had intended, a referendum, a revocation of the Article 50 divorce papers or even an election.

Brexit Secretary Steve Barclay said May’s deal was the best option and urged people to get behind the prime minister.

“The government and the prime minister is in charge,” Barclay said. May went to her usual church service near her Chequers country residence on Sunday with her husband.

The Sunday Times reported that May’s de-facto deputy, David Lidington, was one contender to be interim prime minister but others are pushing for Environment Secretary Michael Gove or Foreign Secretary Jeremy Hunt.

“I don’t think that I have any wish to take over from the PM, I think (she) is doing a fantastic job,” Lidington told reporters outside his house.

“One thing that working closely with the prime minister does is cure you completely of any lingering shred of ambition to want to do that task,” he quipped.

Lawmakers are due on Monday to debate a government motion saying parliament has considered a statement made by May on March 15 which set out the government’s next steps on Brexit, including the plan to seek a delay.

They are likely to propose changes, or amendments, to this motion setting out alternative ways forward on Brexit. These are expected to include a proposal to approve May’s deal only if it is put to a public vote.

While amendments are not legally binding, instead simply exerting political pressure on May to change course, lawmakers could use one to attempt to change the rules of parliament to wrest control of the Brexit process from the government.

A British election could be the consequence of parliament seizing control of the Brexit process if lawmakers back proposals contrary to the pledges the government was elected on, Barclay said.

By In Cyprus
Previous articleGovernment: Cyprus stands out in 2019 with a strong growth of 4%
Next articleThousands participate in the OPAP Limassol Marathon GSO 2019 (pics)