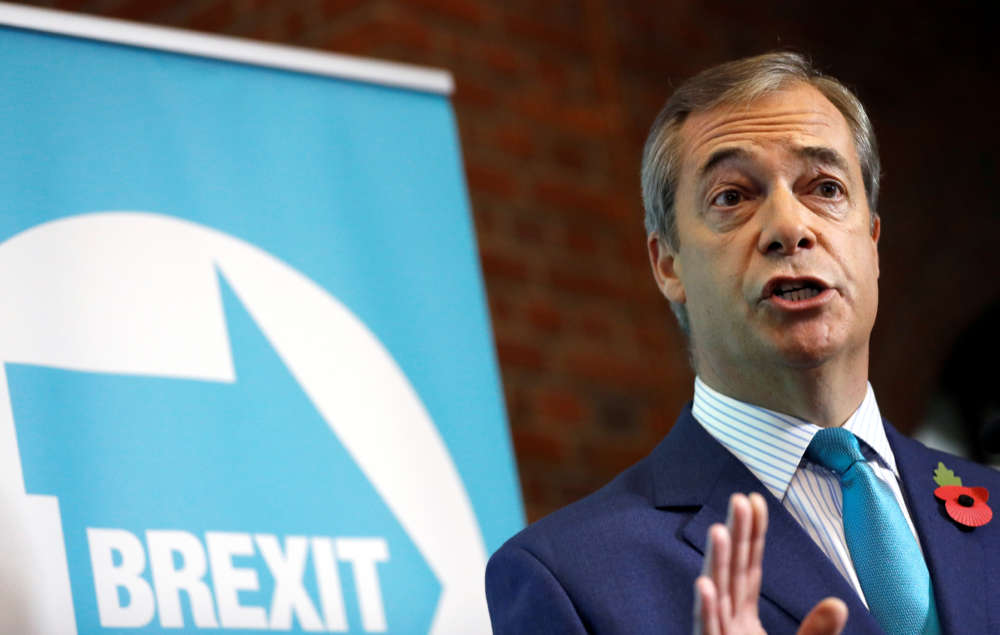 Brexit Party leader Nigel Farage told Prime Minister Boris Johnson on Friday that he must drop the Brexit deal he struck with the EU and agree to a leave alliance for the Dec. 12 election or face a fight over every seat in Britain.

Farage, who as UKIP leader pushed then-Prime Minister David Cameron to call the Brexit referendum and then helped lead the campaign to leave the EU, said on Friday Johnson had until Nov. 14 to agree to his demands.

If the government doesn’t agree “then the Brexit Party will be the only party standing in these elections that actually represents Brexit,” Farage told reporters in London.

“We will contest every seat in England, Scotland and Wales. Don’t doubt that we are ready.”

Farage said an alliance could usher in a majority for Brexit-supporting parties.

“No one party owns the Brexit vote, that even includes the Brexit Party,” he said. “This is something that crosses all traditional loyalties and divides and it’s why the only way to get Brexit done is to form a ‘Leave’ alliance and to win this election with a big stonking majority.”

Both Johnson’s Conservatives and the opposition Labour Party will have to fight on at least three fronts: against each other while the Brexit Party seeks to poach Brexit voters and the Liberal Democrats seeks to win over opponents of Brexit.

By In Cyprus
Previous articleMinister: Kokkinotrimithia-Evrychou highway will go ahead
Next articleRecord October inflow into dams; now 80% full (table)