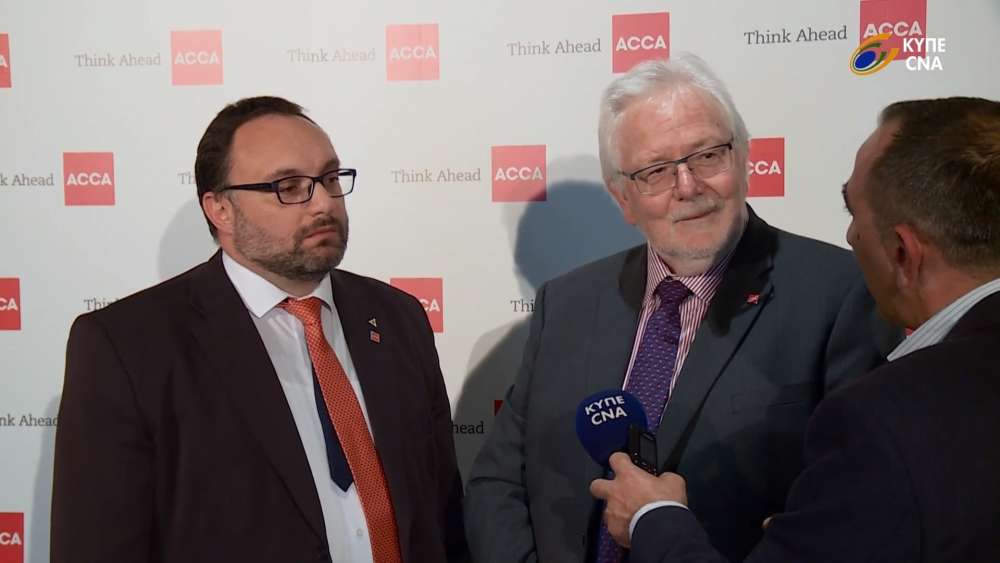 The UK’s exit from the European Union should be resolved to remove uncertainty, ACCA’s Vice President Mark Millar has told CNA, adding that uncertainty affects the economy.

Millar, in Cyprus for a graduation ceremony in the context of the ACCA and ICPAC accountancy joint scheme, spoke to CNA, along with ICPAC General Manager, Kyriakos Iordanou.

Noting that ACCA remains neutral over Brexit, Millar said all would agree that the uncertainty surrounding Brexit hampers the economy. “I think industry, practice, the business generally would like to see the matter resolved whichever way so we can remove the uncertainty,” he added.

As the UK slashed its growth projections for 2019 due to Brexit ongoing talks, Millar said uncertainty could hamper economic activity. “I think any period of uncertainty means there will be actually that deceleration which is why again I think is important that we get through this period of uncertainty in a timely manner,” he said.

But Millar said he does not believe that Cyprus would be adversely affected from Brexit. The UK has been traditionally Cyprus’ biggest tourism market with one third of last year’s 3.9 million arrivals. Noting that he has visited Cyprus seven times, Millar added despite Brexit “people will still want to come to Cyprus and I am sure they will still get the warm welcome that they’ve always had.”

Concerning the recognition of ACCA qualifications post-brexit, Millar said the issue depends on how Brexit will turn out, adding the association is working with its partners including ICPAC on the matter.

Responding to a question, he said there might be problems concerning recognition of diplomas in case of a “hard Brexit”, adding however “sensible people are looking on the downsides and working on how these might be mitigated.”

On Cyprus, he said that ACCA members who are members of ICPAC will not face any problem.

Iordanou on his part said that “everybody loses from Brexit and especially a no deal Brexit,”, adding that the UK will be considered as third country for Cyprus and Nicosia should put in place bilateral agreements governing ties with the EU, such as trade, certification of products and recognition of qualifications.

Recalling that mutual recognition of qualifications is governed by an EU directive transposed into Cypriot law, Iordanou said that an annex to the law concerning British qualifications will become void after the UK’s exit from the EU.

However, he added as far as the economy, trade and possibly tourism is concerned, Cyprus has expertise due to ties with other non-EU member-states compared with other EU states which limit their economic ties with states within the EU.

Iordanou said that according to an EU notice on Brexit all prior decisions will remain in force. However he said that ICPAC implements a joint examination scheme with ACCA for auditors and accountants which will continue to be regarded as a European examination.

Hence people that obtained professional qualifications from the UK or accounting students may continue their studies and become registered as members of ICPAC which is recognised by all EU member-states.

ICPAC General Manager also said that the joint scheme with the ACCA is also available to students from other EU member-states.