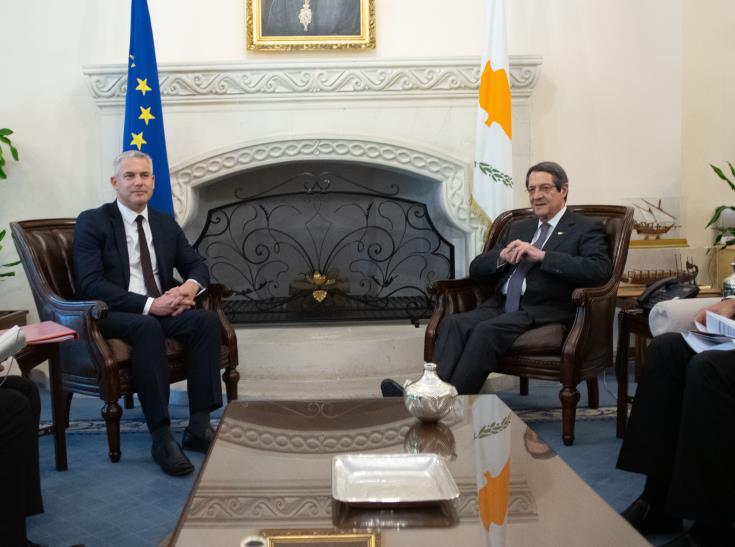 British Secretary of State for Brexit Stephen Barclay has expressed appreciation for the position of President of the Republic of Cyprus Nicos Anastasiades for a deal on Brexit, noting that the UK would be leaving the EU on October 31.

Speaking on Wednesday after a meeting with President Anastasiades in Nicosia, Barclay said “we are grateful to the President for the very strong bilateral relationship that we have.”

“He has a deep understanding of the issues around Brexit and very much shares the Prime Minister’s desire for a deal. A deal is in both for the EU’s interest and the UK’s interest. It was surely appreciated to get the President’s engagement on this issue because both sides want to get a deal and that is what we are working for,” he said.

Asked if the United Kingdom would be leaving the EU on the 31st of October, Barclay said, “Yes, we will.”