Brexit minister quits in blow to PM May 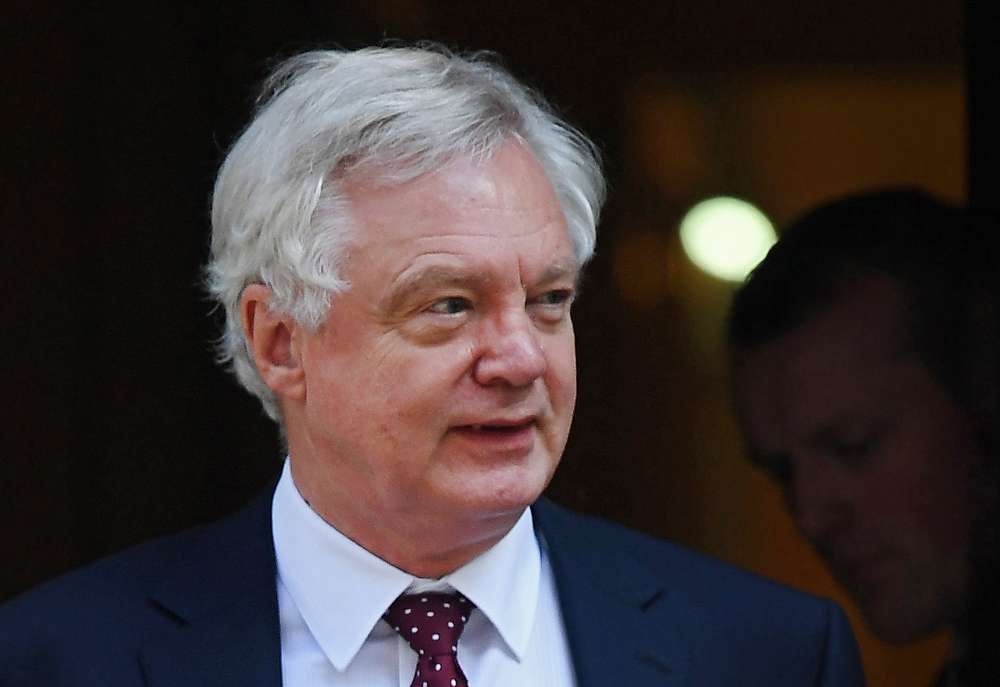 Brexit Secretary David Davis has resigned because he was not willing to be “a reluctant conscript” to Prime Minister Theresa May’s plans to leave the European Union, delivering a blow to a British leader struggling to end divisions among her ministers.

The late-night resignation was praised by Brexit campaigners in May’s Conservative Party, who felt her plan to press for the closest possible trading ties with the EU had betrayed their desire for a clean break with the bloc.

His resignation seemed to spur others to follow suit, with a source saying that a junior minister in the same department had also quit, just two days after May had held a crisis meeting with ministers to overcome the deep divisions over Brexit.

She thought she had done enough to move on with that fraught process at the meeting at her Chequers country residence. The resignations further complicate that process, and put a question mark over whether she can get the backing of parliament for her Brexit plans and whether there may be a leadership contest.

“The general direction of policy will leave us in at best a weak negotiating position, and possibly an inescapable one,” Davis said in his resignation letter to May.

He criticised May’s decision to maintain a “common rule book” with the EU, mirroring the bloc’s rules and regulations, saying it would hand “control of large swathes of our economy to the EU and is certainly not returning control of our laws”.

“It seems to me that the national interest requires a Secretary of State in my Department that is an enthusiastic believer in your approach, and not merely a reluctant conscript.”

May replied to his letter to say she did not agree “with your characterisation of the policy we agreed at cabinet on Friday”. She thanked him for his work.

In another blow, a government source said that Steve Baker, a minister who worked for Davis and who while in government gave many Brexit campaigners faith in the process, had also resigned.

Another minister from the Brexit department, Suella Braverman, was also reported by local media to have resigned, although there was no official confirmation and she did not respond to a request for comment.

After the hours-long meeting at Chequers, May seemed to have persuaded the most vocal Brexit campaigners in the cabinet, including Davis, to back her plan to press for “a free trade area for goods” with the EU and maintain close trade ties.

It won the backing of one other high-profile Brexit campaigner. Michael Gove, May’s environment minister, said on Sunday that while the agreed negotiating stance was not perfect, he believed it delivered on handing back control to Britain.

But Davis had expressed his unease over a compromise plan right up until the eve of the meeting, writing a letter to May describing her proposal to ease trade and give Britain more freedom to set tariffs as “unworkable”.

Davis has form on resigning if he disagrees with his party. In 2008, when the Conservatives were not in government, Davis quit as a member of parliament to raise the profile of a debate over what saw as the erosion of civil liberties.

Shortly afterwards he stood as the Conservative candidate and was re-elected.

Other Brexit-supporting Conservative lawmakers have criticised the Chequers “peace deal”, saying that May’s plans offered a Brexit in name only, a betrayal of what they saw as her promise for a clean break with the EU.

Their complaints raise a question mark over whether May can win backing in parliament for her plans if any deal with the EU is agreed later this year, and some suggest several of them could try to trigger a leadership contest against her.

“Will others … be able to sell this to parliament?” asked one senior Conservative member. “I assume he has resigned to speak.”

Jacob Rees-Mogg, the leader of a group of Brexit supporters in the Conservative Party, said Davis’ resignation proved that their concerns were well-founded.

“It is crucially important as it shows how well founded concerns over the Chequers conclusions are,” he told Reuters. “If the Brexit Secretary could not support them they cannot genuinely be delivering Brexit.”