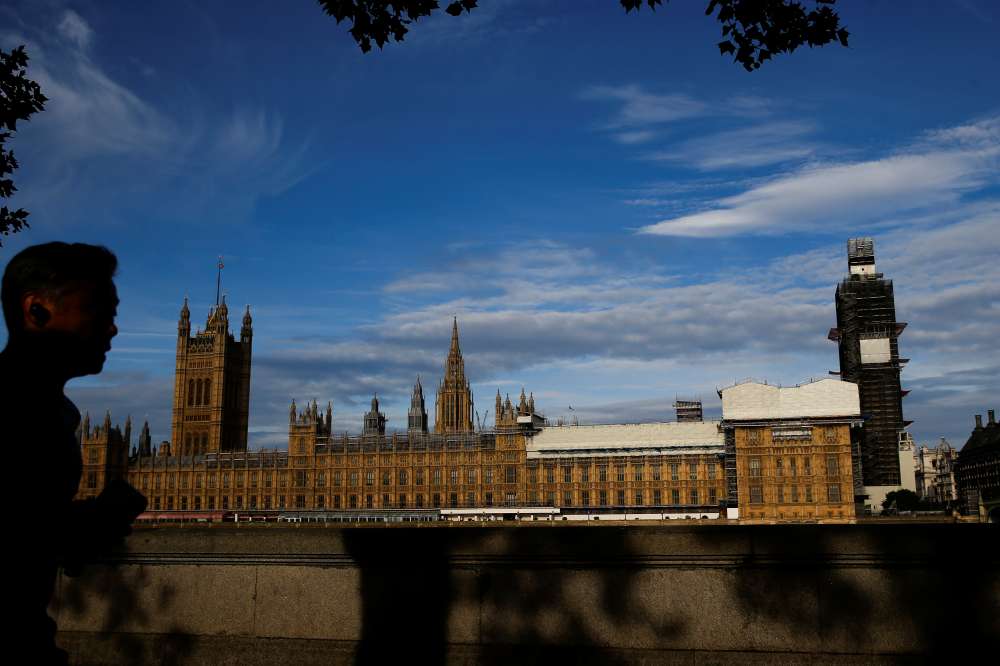 After more than 1,000 days of political brawling, hordes of headlines and dizzying lurches in sterling, the battle of Brexit enters the endgame.

Britain’s ancient parliament will next week host an historic showdown between Prime Minister Boris Johnson – who has vowed to leave the European Union on Oct. 31, “do or die” – and lawmakers who view themselves as the last bulwark against economic ruin.

Members of parliament, expected to include rebels from the ruling Conservatives, will try find the majority they need to either topple the government or change the law to prevent Britain withdrawing from the bloc without an exit deal.

They may have just days to stop Johnson, and are ready to use every piece of arcane parliamentary process at their disposal.

“Next week we could see an act of parliament the government doesn’t want, it may end up with a vote of no confidence in which Conservative MPs bring down their own government, or all the opposition’s plans could fall apart.”

Johnson, the face of Brexit for many Britons, has staked his political future on taking Britain out of the EU on Oct. 31, with or without a deal to smooth the divorce between the world’s fifth-largest economy and its biggest trading partner.

His showdown with parliament will determine the course of Brexit – the United Kingdom’s most significant geopolitical decision since World War Two.

Whatever the outcome of the Brexit chess game, it will go down in the history books of the Westminster parliament, which traces its history through the English Civil War and Norman Conquest to the ancient Witan of Anglo-Saxon England.

The result divided the population at every level, from the government cabinet table to the family dinner table, and the intervening three years have seen little reconciliation.

The current parliament, for decades defined by loyalties to either the centre-right Conservatives or the centre-left Labour Party, reflects those deep divisions, with a minority government in power and each party internally split over the right approach to Brexit.

When lawmakers return from their summer break on Sept. 3, those opposed to Johnson’s strategy, combining all rival parties and some Conservative rebels, have two main options to try to stop him: change the law, or change the government.

Johnson, a newly-appointed prime minister and Britain’s third since the Brexit vote, has dared this so-called “Remain Alliance” to try and stop him, and shown he is prepared to test the limits of his executive power to defeat their efforts.

On Wednesday, he sparked fury by announcing the suspension of parliament for more than a month between mid-September and mid-October, depriving parliament of debating time to put their plans into action – which his opponents decried as an assault on Britain’s constitutional integrity, and democracy itself.

“We won’t be dictated to anymore,” the opposition Labour Party’s second most powerful man, John McDonnell, said on Thursday. “Parliament now is reasserting the traditional centuries-old democratic rights of the people.”

Johnson denied any impropriety, saying it was in line with the conventions that allow him to set out his new political programme, and insisting there would be time to debate Brexit.

The move has raised the stakes for his opponents, potentially giving them as few as four days in parliament to make their move before the legislature is suspended.

Of the two options at their disposal, the group favours trying to pass a new law that would probably require Johnson to seek a delay to Brexit.

The exact wording of the plan is being kept a closely guarded secret and could go much further, towards stopping Brexit altogether.

But the process, expected to begin next with a request for an emergency debate, is fraught with challenges.

It would require a helping hand from parliament’s Speaker John Bercow – who denounced Johnson’s move to suspend the assembly – to seize temporary control of the legislative process, as well as several days of parliamentary time, and total unity in order to win votes.

Johnson’s Conservatives govern with a working majority of just one seat in the 650-seat chamber thanks to the support of a small Northern Irish Party.

Scottish National Party lawmaker Joanna Cherry, who is also leading a court bid to determine the legality of suspending parliament, told Reuters she believed there were double figures of Conservatives willing to rebel against the government.

“They are going to be pivotal, we have got to get enough Tory (Conservative) rebels, not to bring down their government just to say to the government: you can’t have a no-deal Brexit.”

Johnson has an armoury of parliamentary devices he can use to stall the process if needed, from jamming the timetable with immovable events to filibustering the legislation in parliament’s upper chamber, the House of Lords.

But, the once-unheard of process of passing a law against the government’s wishes has a recent precedent – earlier this year legislation demanding that Johnson’s predecessor Theresa May delay Brexit was successfully voted through.

The tortured process of seeking to deliver the result of the Brexit referendum has already repeatedly pitted parliament against the government, and parliament has often won.

Lawmakers have forced reluctant ministers to give them a vote to approve any exit deal, and to publish legal advice and official assessments of the impact a no-deal exit would have.

The battle has tested the limits of most lawmakers’ knowledge of parliamentary procedures and shown the difficulties of Britain having an uncodified constitution, which is largely upheld through convention and precedent, to the fore.

“People don’t really know what the rules are. There are competing versions of what is and what is not proper constitutional conduct,” said Andrew Blick, Senior Lecturer in Politics and Contemporary History at King’s College London.

“We’re experiencing a real conflict between direct democracy as expressed in the referendum, and representative democracy.”

The ultimate test of that conflict could come in the shape of a move to topple Johnson’s government, initiated by Labour calling a vote of no confidence.

Labour say they will call one when they think they can win it, and want to use a 14-day period after the vote to install their leader Jeremy Corbyn as head of a temporary government with the purpose of delaying Brexit and calling an election.

That plan has already been rejected by parts of the Remain alliance, including some members of Corbyn’s own Labour Party, who say his far-left politics are too divisive to lead a cross-party government and his opposition to Brexit has been too weak.

Even if Johnson lost a vote of no confidence he could use the grey areas of untested electoral law, passed in 2011, by refusing to resign. That would deprive opponents of a shot at forming a government and delay an election until after Brexit.

Some argue an election would even play into the hands of a prime minister who has spent his first five weeks in office on a de-facto election campaign.

“Johnson’s real objective is to use Brexit to win a general election, rather than use a general election to secure Brexit,” Tom Kibasi, director of the Institute for Public Policy Research wrote in the Guardian newspaper.

“By forcing the hands of his opponents, he has defined the terrain for a ‘people versus parliament’ election.”

By In Cyprus
Previous articleEurostat: Unemployment in Cyprus further declines to 7.0% in July 2019
Next articleSanctions-hit Lebanese bank denies Hezbollah ties