Brexit deal emerging or not? Latest in Britain-EU talks 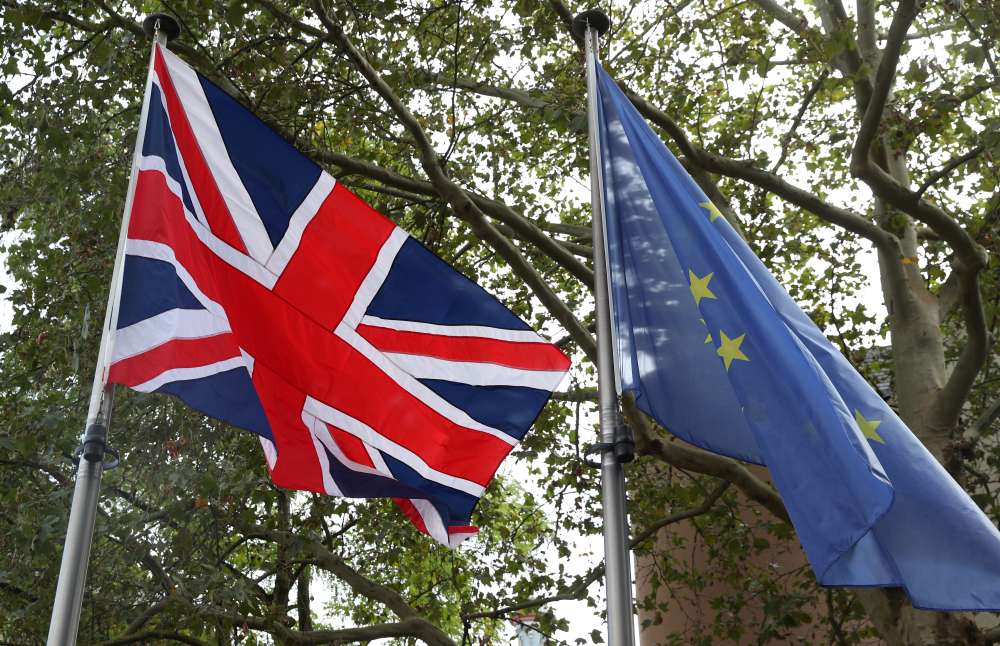 The European Union has pushed back against British Prime Minister Boris Johnson’s assertion that a new Brexit deal was in the making.

A month before a make-or-break EU leaders’ summit and some six weeks before Britain is due out, Johnson asked on Tuesday to intensify talks, while the bloc implored London to present workable proposals to unlock an agreement.

Johnson’s negotiator David Frost held four rounds of talks with the bloc recently as London pushes to ditch the contentious backstop clause that could tie Britain to EU trading rules after Brexit to preserve the seamless border between EU member Ireland and British-ruled Northern Ireland.

The EU demands that London proposes specific written proposals if it wants to replace the backstop, while the U.K. side says it is unwilling to reveal its hand too early.

Here are technical details of what Frost discussed with Brussels about both the formal divorce treaty and a post-Brexit political agreement on future ties, as reported by EU and British officials and diplomats.

* CHECKS OF ANIMALS AND FOOD PRODUCTS

London agreed to “dynamic alignment” of rules in Northern Ireland after Brexit to preserve an “all-island” economy for animals and food products. It wants to include a mechanism of consent for “institutions and parties” in Northern Ireland.

The EU would only consider such a solution as a viable alternative to the backstop if it guarantees Northern Ireland would copy-paste all the bloc’s rules in this area after Brexit.

With agri-food items making up around a third of goods crossing the sensitive Irish border, that could solve part of the puzzle in a positive scenario, but not all of it.

The EU and UK also agreed to preserve the single electricity market and a common travel area on the island.

The EU side says UK negotiators proposed no complete architecture for a customs solution replacing the backstop.

London would rather have more general clauses included in its divorce deal that would only be developed in detail during the status-quo transition period after Brexit when the sides aim to negotiate a new free trade deal.

London is ready to legally commit itself to that work and proposed to continue upgrading any solutions found at the end of the transition period further down the line.

The EU stresses the U.K. side admitted those “alternative arrangements” it is proposing, which would mostly be based on technology (e.g. electronic pre-clearance), would not be immediately operable after Oct. 31.

“It’s ‘trust us’ on steroids,” one senior EU diplomat said disparagingly, stressing that the bloc does not want to swap a solid solution for a mere promise of trying to find one later.

UK sought discreet controls – “de-dramatised, de-materialised, de-localised” – occurring in market places, at producers’ venues, in ports and on ferries away from the actual Irish border.

Frost proposed a maximum level of facilitation and simplification for these checks complemented with as much easing of these controls as possible along the lines of a mechanism the EU uses for so-called “trusted traders”.

The EU awards the title to companies, including manufactures or freight operators with international supply chains or who export outside the bloc, that meet its standards and can benefit from quicker customs controls.

The EU said, however, that given Britain’s declared aim to move away from the bloc’s regulations, UK companies might not be eligible or additional compliance checks would be needed.

Currently, Britain has about 600 companies registered as trusted traders in the EU, while Germany has 6,000.

“These are aspirational concepts that are not fleshed out enough to be translated into legal texts,” another EU diplomat said.

This has not been covered in any detail so far beyond London stating a general ambition that the UK and the EU would be separate territories in that regard after Brexit.

A political declaration that is not legally binding describes future ties between the EU and Britain after Brexit and makes a package with the separation deal.

Britain has made clear it wants to be free to distance itself from EU rules on anything from state aid to labour, climate and production standards after Brexit, and seal a “best in class” free trade deal with the bloc.

London wants no tariffs or quotas to limit the trade exchange but the EU has said the idea for now lacks detail.

The UK wants to water down the current wording on the so-called level playing field and introduce more general clauses on fair competition that are standard in usual free trade deals.

The EU says Britain is too big, too close and too economically powerful to get a trade deal without solid commitments on the level playing field to ensure the bloc’s single market is not exposed to illicit goods or dumping prices.

Britain says the lower level of access to the EU market it would seek must be reflected in more lax LPF clauses.

Escaping the jurisdiction of the bloc’s top court, the Luxembourg-based European Court of Justice (ECJ), has been at the heart of the Brexit campaign.

The bloc had agreed modalities of the ECJ role vis-a-vis the UK after Brexit with Britain’s former prime minister, Theresa May, but that deal stalled.

Frost asked to replace an overarching reference to the ECJ from the political declaration with more general clauses on the sides’ legal autonomy and provisions for conflict resolution.

The bloc insists the ECJ must be firmly in the picture in the new relationship regarding interpretation of EU laws, settling disputes, and LPF, as well as for law enforcement and judicial cooperation in criminal matters.

The existing political declaration aims for a “close and lasting cooperation” in defence. London seeks to highlight more that the area is a sovereign affair of both sides.