Brexit crunch looms for Theresa May as EU talks stall 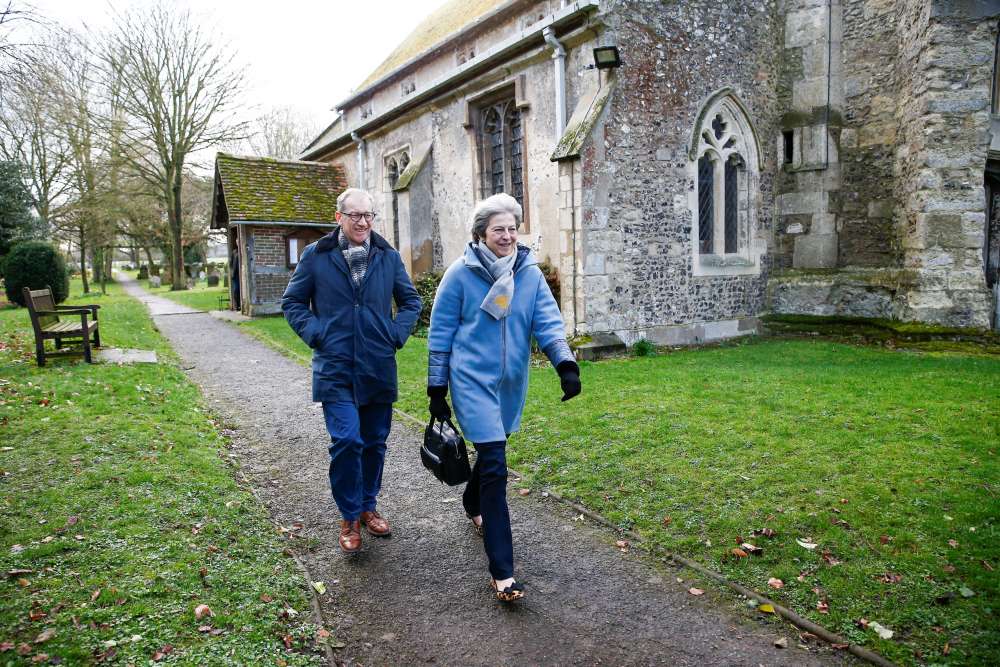 British Prime Minister Theresa May faces another Brexit humiliation after two major eurosceptic factions in parliament warned they would vote down her divorce deal because she had failed to win concessions from the European Union.

Just 18 days before the United Kingdom is due to leave the EU on March 29, May is scrambling – so far unsuccessfully – to secure last-minute changes to an EU exit treaty before parliament votes on Tuesday on whether to approve the deal.

If the treaty, which was voted down in January, is defeated again then lawmakers will vote on Wednesday on leaving without a deal on March 29 and, if they reject that then they will vote on Thursday on delaying Brexit.

Nigel Dodds, deputy leader of the Democratic Unionist Party (DUP) which props up May’s minority government, and Steve Baker, a leading figure in the large eurosceptic faction of her Conservative party, warned that May’s deal would be defeated.

European officials said there had been no breakthrough in talks over the weekend and expressed frustration with May’s attempts to secure concessions just weeks before Britain’s exit.

“May has boxed herself even deeper into a corner, it seems the second meaningful vote will go ahead on Tuesday but it also seems like it won’t be the last meaningful vote on this,” one EU official said.

“We really want to be over with it now. It’s not going anywhere so even an extension is unlikely to break the impasse. There is not much patience or good will left on our side.”

The United Kingdom’s labyrinthine crisis over EU membership is approaching its finale with an extraordinary array of options including a delay, a last-minute deal, no-deal Brexit, a snap election or even another referendum.

The ultimate outcome remains unclear, though most diplomats and investors say Brexit will define the United Kingdom’s prosperity for generations to come.

“We have an opportunity now to leave on March 29 or shortly thereafter and it’s important we grasp that opportunity because there is wind in the sails of people trying to stop Brexit,” Hunt told the BBC. “We are in very perilous waters.”

Michael Gove, who campaigned for Brexit in 2016, said that if May lost Tuesday’s vote then it would effectively lose control of Brexit.

Parliament rejected May’s deal by 230 votes on Jan. 15, prompting her to return to Brussels in search of changes to address the so-called Irish backstop – an insurance policy designed to prevent the return of a hard border between Ireland and Northern Ireland.

Many British lawmakers object to the policy on the grounds that it could leave Britain subject to EU rules indefinitely and cleave Northern Ireland away from the rest of the country.