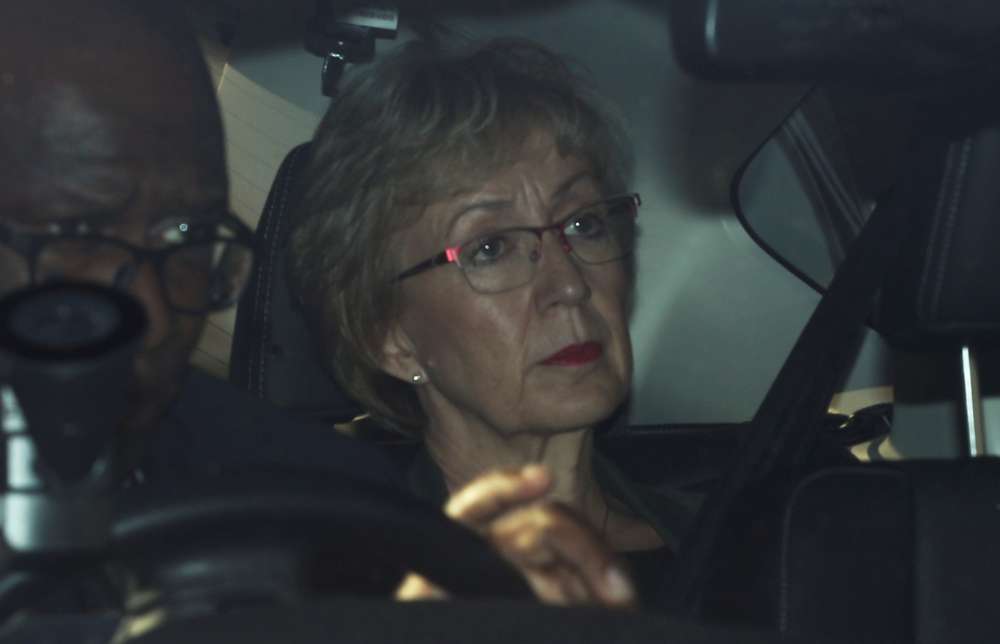 Prominent Brexit supporter Andrea Leadsom resigned from Prime Minister Theresa May’s government on Wednesday, piling pressure on the British leader after a new Brexit gambit backfired and fuelled calls for her to quit.

So far May has resisted, vowing to press on despite opposition from lawmakers and other ministers to her bid to get her Brexit deal through parliament by softening her stance on a second referendum and customs arrangements.

But Leadsom’s resignation further deepens the Brexit crisis, sapping an already weak leader of her authority. Almost three years since Britain voted to leave the European Union, it is not clear when, how or even if Brexit will happen.

Leadsom, Leader of the House of Commons, said she could not announce the new Withdrawal Agreement Bill, which will implement Britain’s departure, in parliament on Thursday as she did not believe in it.

“I no longer believe that our approach will deliver on the referendum result,” Leadsom, once a challenger to May to become prime minister, said in a resignation letter.

“It is therefore with great regret and with a heavy heart that I resign from the government.”

A Downing Street spokesman praised Leadsom and expressed disappointment at her decision, but added: “The prime minister remains focused on delivering the Brexit people voted for.”

May might still try to press on with her new Brexit plan, which includes a vote on whether to hold a second Brexit referendum — once her legislation passes the first stage — as well as closer trading arrangements with the EU.

But it has been met with a swift backlash, with several lawmakers who have supported her in previous Brexit votes saying they could not back the new plan, particularly over her U-turn regarding a possible second referendum.

“I have always maintained that a second referendum would be dangerously divisive, and I do not support the government willingly facilitating such a concession,” Leadsom said.

“No one has wanted you to succeed more than I have,” Leadsom wrote to May. “But I do now urge you to make the right decisions in the interests of the country, this government and our party.”

Labour lawmaker Ian Lavery, chair of the opposition party, said the resignation underlined that “the prime minister’s authority is shot and her time is up”.

“For the sake of the country, Theresa May needs to go, and we need an immediate general election,” he said.

Labour’s call echoed those of many of May’s own Conservatives, who say that a fourth attempt to get her deal approved by parliament should be shelved and she should leave office to offer a new leader a chance to reset the dial.

“There is one last chance to get it right and leave in an orderly fashion. But it is now time for Prime Minister Theresa May to go — and without delay,” said Conservative lawmaker Tom Tugendhat, chairman of parliament’s Foreign Affairs Select Committee.

“She must announce her resignation after Thursday’s European (Parliament) elections,” he wrote in the Financial Times.

But while so much about Brexit is up in the air, what is clear is that May plans to stay for now, or at least for the next few days.

The chairman of the powerful Conservative 1922 Committee, which can make or break prime ministers, told lawmakers that she planned to campaign in the European poll on Thursday before meeting with the group on Friday to discuss her leadership.

May has so far fended off bids to oust her by promising to set out a departure timetable once parliament has had a chance to vote again on Brexit, but a new discussion on a possible date could now take place on Friday.

Earlier on Wednesday, May stood firm during more than two hours of questions in parliament, urging lawmakers to back the bill and then have a chance to make changes to it, so they can have more control over the final shape of Brexit.

Asked by eurosceptic lawmaker Jacob Rees-Mogg whether she really believed in the new deal she had proposed or whether she was simply going through the motions, May said:

“I don’t think I would have been standing here at the despatch box and be in receipt of some of the comments I have been in receipt of from colleagues on my own side and across the house if I didn’t believe in what I was doing.”

Britain’s marathon crisis over Brexit has stunned allies and foes alike. With the deadlock in London, the world’s fifth-largest economy faces an array of options including an exit with a deal to smooth the transition, a no-deal exit, an election, a second referendum, or even revocation of the Article 50 notice to leave the EU.

The pound was on track for its longest-ever losing streak against the euro as some traders said they saw the rising chance of a no-deal Brexit. Those fears pushed investors into the relative safety of government bonds — particularly those that offer protection against a spike in inflation.

“The proposed second reading of the WAB is clearly doomed to failure so there really is no point wasting any more time on the prime minister’s forlorn hope of salvation,” Andrew Bridgen, a Conservative lawmaker, told Reuters. “She’s got to go.