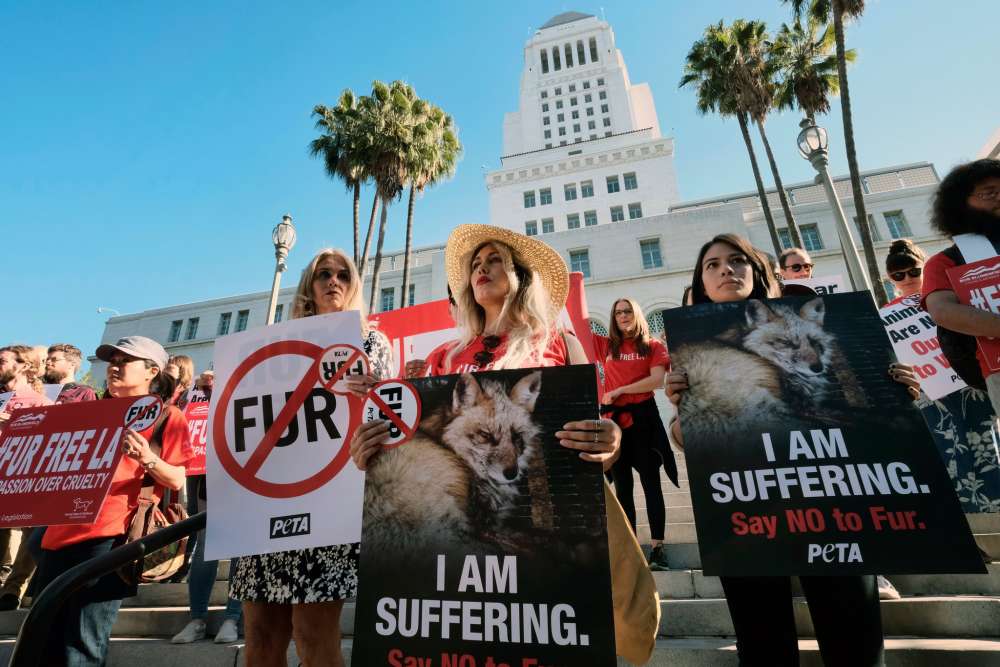 Los Angeles is on track to become the largest city in the United States to ban the sale of fur clothing and accessories.

On Tuesday, the City Council voted unanimously for the ban, directing the Los Angeles City Attorney to formulate a policy that would render fur sales illegal. The council expects that the city attorney will return with the requisite language in about a month. The ban will take effect two years from the day it is signed into law.

Council member Bob Blumenfield, who introduced the motion, said: “This is L.A. taking a stand and saying we will no longer be complicit in the inhumane and vile fur trade that’s been going on for years.”

The average temperature in Los Angeles hovers around 75 degrees Fahrenheit, so fur is … maybe not as necessary as in, say, Alaska. But the City Council members hope that their vote could see a ripple effect.

Los Angeles is now one of several cities in California, including San Francisco and West Hollywood, that have banned the sale of fur.

P.J. Smith, the senior manager of fashion policy at the Humane Society of the United States, called it a wonderful day for the fur-banning brigade. He said that he expected Los Angeles’s status as the second largest city in the United States, and a fashion hub, would persuade more cities to join the ban.

“I’ve been doing this job for about 10 years, and if you would have told me just two years ago that Gucci, Versace, Burberry, InStyle magazine, London Fashion Week, Norway, the Netherlands, São Paulo would be going fur-free, I wouldn’t have believed you,” Mr. Smith said. “But it’s happening.”

He said that he did not necessarily expect colder cities to follow suit: “I don’t think it’s happening in Moscow.”

The Epicenter of the Housing Bust Is Booming Again. (That’s a Warning Sign.)

‘It’s Like, Who’s Next?’: A Troubled School’s Alarming Death Rate

Steve Perry Walked Away From Journey. A Promise Finally Ended His Silence.

But Mr. Smith said that within the United States, cities were competing with each other “almost to see who’s the most compassionate city out there.”

“San Francisco’s colder, and when San Francisco banned fur sales, it was considered the compassion capital,” he said. “Then you have L.A. turning around and claiming that title back.”

Of course, not everyone in the city was happy about the news. Harry Naim, a proprietor of the downtown store Furs by La Fayette, said that he was absolutely against the ban and was very angry about it.

“We have been in business for 30 years and suddenly some stupid people decided to ban it,” he said of the fur clothing he sells. “I don’t think this bothers anyone. Why do they want to kill the business I’ve built?”