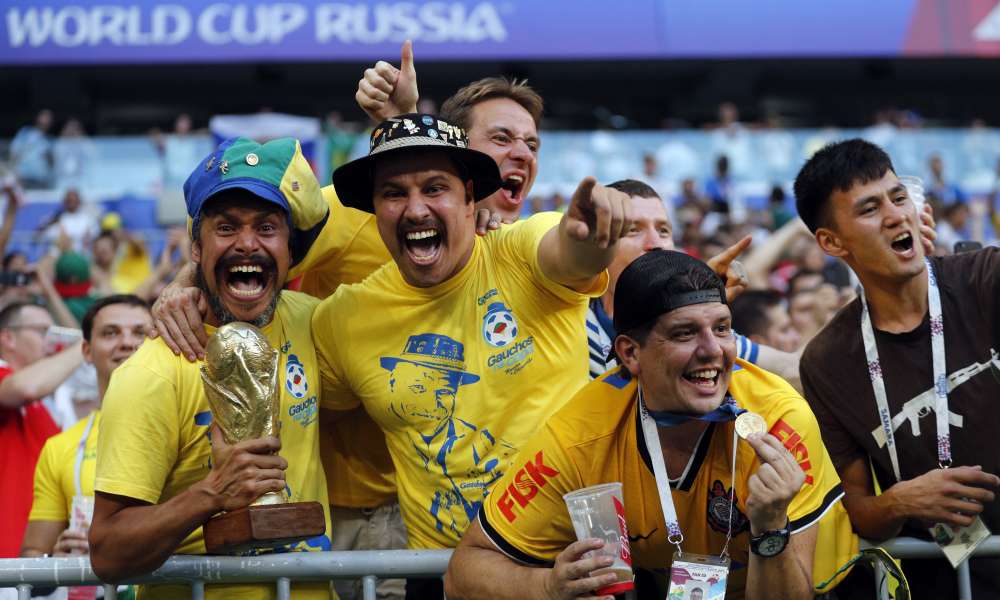 There are no curses, Mexico coach Juan Carlos Osorio had insisted, no reasons to be superstitious about the team’s apparent inability, one World Cup after another, to advance to the quarterfinal round. There are simply good game plans, he said, and good players.

Hoodoo or not, Mexico on Monday had its World Cup run ended spectacularly, maddeningly, by one of the world’s very best players, Neymar, who scored a goal and assisted on another to lead Brazil to a 2-0 win in a round of 16 game at Samara Arena.

It was a depressing finish for Mexico, which has now crashed out of seven consecutive World Cups in the round of 16.

In a multidimensional performance showing all the light and dark of the game, Neymar, 26, was the hero, the villain, the most graceful player in the stadium and, for many, the most vexing.

“I think we controlled the game, mostly,” said Osorio, who repeatedly criticized Neymar, without calling him out by name, for what he perceived to be an unacceptable amount of playacting in the second half: “I think this is a very negative example for the world and the world of football and all the children following this game.”

Heading into the tournament, Mexico had invested in their mental well-being. They hired a psychologist to bring a level of lucidity to the players’ collective mental state. The players and fans rallied around the phrase “imaginemos cosas chingonas” (a distinctly Mexican sentence that translates roughly to “Let’s imagine amazing things”) uttered by striker Javier Hernández in a fit of passion before the tournament.

A thrilling 1-0 win over Germany, the defending champions, helped the team start the tournament on a euphoric note.

But Brazil, with its overflowing talent, was a challenge too difficult to overcome.

“We’re sad, disappointed, obviously, with a dream that has ended,” Hernández said after the game. “It hurts.”

But the game took on a different tone in the 25th minute, right about when Neymar turned two defenders inside-out with a head fake and a deceptive dribble and then drilled a shot toward goal that required a fingertip save from goalkeeper Guillermo Ochoa. Ochoa made a number of crucial saves through the night. But from there to the final whistle, it was Brazil’s match.

Neymar orchestrated Brazil’s opener six minutes into the second half, cutting menacingly from left to right across the 18-yard line, tugging three defenders along with him, before smacking a blind, back heel pass to Willian, reversing the play.

With the defense discombobulated, Neymar abruptly did a U-turn into the box like a Russian cabdriver evading traffic and glided unfettered into the open space just in time to slide a cross from Willian across the goal line with his yellow cleat.

The incident that enraged Osorio came about 20 minutes later. Neymar, as he had on a few occasions already to that point, was taking his time getting back to his feet. Mexican midfielder Miguel Layún came over to collect the ball and pressed his cleat onto the Brazilian’s ankle. Neymar reacted theatrically, assuming a fetal position and writhing on his back, like a turtle flipped onto its shell. The game was paused for several minutes, and the Mexicans watched in frustration, as he was examined.

Tite, the coach of Brazil, put the blame on Layún: “There’s nothing to say,” he said. “You just have to look at the video.”

Layún delivered an underhanded critique: “I think he’s a player with a lot of talent who hopefully one day dedicates himself to playing a little more.”

Osorio was unsparing: “It’s a man’s sport. I think there shouldn’t be so much acting.”

Neymar was cryptic: “I don’t much care for criticism, not even praise.”

Osorio had every reason to be frustrated. The team’s heroics in the group stage had inspired Mexico’s horde of traveling fans to sing his name from the stands — a remarkable turnaround for a coach pelted with criticism in the weeks heading into the tournament. But the good feelings withered in the heat of Samara.

It was Neymar, again, who conjured Brazil’s second goal, finishing a powerful dribbling run down the left wing with an outside-of-the-foot cross pass to Roberto Firmino, who needed only to tap the ball into the net.

Mexico’s fans, who had turned every game in Russia into a virtual home game for their team, were quiet for perhaps the first time this month.

The final whistle, minutes later, signaled the end of the road. There was no curse to blame, only Neymar — brilliant, exasperating Neymar.