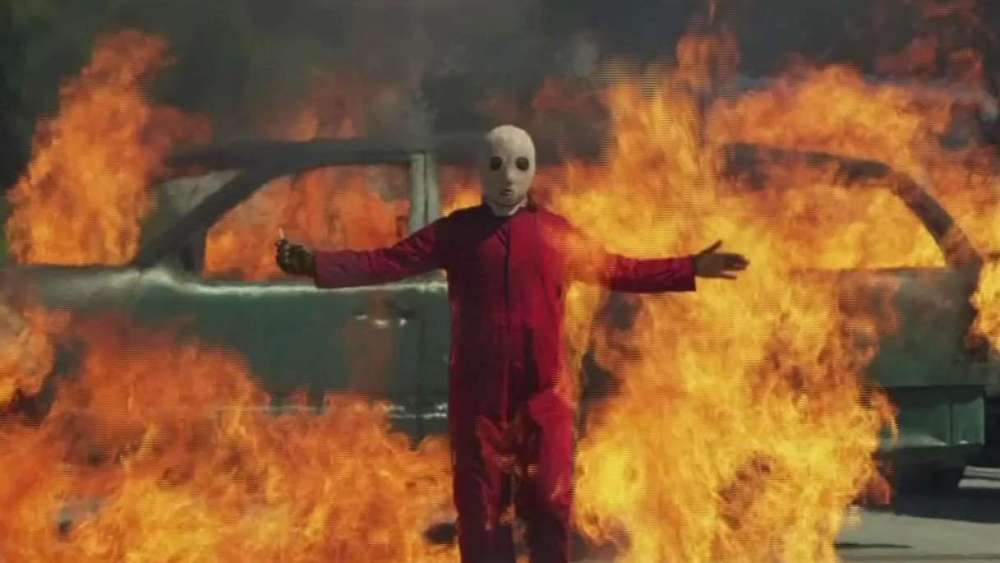 Universal’s “Us,” the second directorial effort from Jordan Peele, pulled off a stunning debut, generating $70 million from 3,741 North American locations. That haul is enough to land it the second-best opening weekend of the year behind just Disney’s “Captain Marvel” ($153 million). The psychological thriller about a family confronted by a band of doppelgangers nearly doubled projections, which estimated a three-day total in the $38 million to $45 million range.

“Us” now has the largest weekend for original horror movie, surpassing “A Quiet Place,” as well as the biggest launch for an original R-rated film behind “Ted.” It also shattered the benchmark set by Peele’s directorial debut “Get Out,” which launched with $33 million in 2017.

Overseas, “Us” launched with $16.7 million from 47 international territories for a global start of $86.95 million.

“Put simply, Jordan Peele is a genius,” said Jim Orr, Universal’s president of domestic distribution. “He’s managed to tap into something that the domestic box office can’t get enough of. People can’t wait to see what he does next.”

Universal and Peele’s Monkeypaw Productions produced “Us” for $20 million. Since its debut at the South by Southwest Film Festival, “Us” has built up word of mouth. It has a 94 percent on Rotten Tomatoes, rare praise for the horror genre and a testament to Peele’s ability to deliver scares that also encourage audiences to think. It stars Lupita Nyong’o and Winston Duke as a couple forced to fend off blood-thirsty clones while vacationing with their kids.

Though the domestic box office has been struggling to match 2018’s record pace, it’s been a good year for Universal so far. The studio now boasts the second, third, and fourth-best opening weekends of 2019 with “Us,” “How to Train Your Dragon: The Hidden World” ($55 million), and “Glass” ($40 million), respectively.

With the better-than-expected debut of “Us,” ticket sales at domestic box office are pacing over 15% ahead of the same frame in 2018, when “Pacific Rim Uprising” was the No. 1 film in North America. As a whole, revenues are still behind 17 percent compared to last year, according to Comscore. That margin is shrinking, however, thanks to the success of “Captain Marvel” and now “Us.”

While “Us” catered to moviegoers looking for a good fright, “Captain Marvel” was doing some terrifying business of its own during the superhero blockbuster’s third weekend of release. The female-fronted tentpole added another $35 million, taking its domestic tally past $320 million.

Since no studios dared to release a movie in anticipation of “Us,” a number of holdovers rounded out domestic box office charts. Paramount Pictures’ animated adventure “Wonder Park” landed in third place, earning $9 million for a North American bounty of $29 million.

“Five Feet Apart,” a romantic drama about two teens who fall in love while undergoing treatment for cystic fibrosis, secured the fourth slot with $8.5 million. The film has earned $26 million to date.

Coming in at No. 5 is Universal and DreamWorks’ “How to Train Your Dragon: The Hidden World.” The conclusion to the “Dragon” trilogy pocketed $6.5 million in its fifth weekend in theaters, bringing its domestic total to $145 million.

Among specialty releases, Bleecker Street’s “Hotel Mumbai” pulled in $89,492 when it bowed in four theaters in New York and Los Angeles, translating to $21,623 per venue. The R-rated terrorist thriller — starring Dev Patel and Armie Hammer — follows the victims and survivors of the 2008 attacks at the Taj Mahal Palace Hotel in India. The movie was pulled from theaters in New Zealand following the Christchurch shooting.