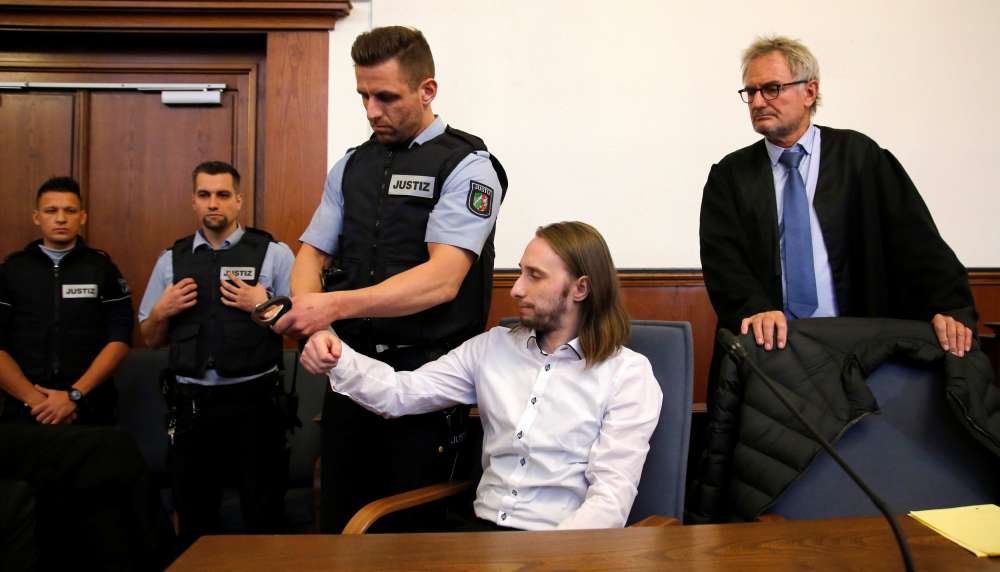 A German court sentenced a German-Russian man to 14 years in prison on Tuesday for detonating a bomb on the Borussia Dortmund (BVB) soccer team bus in 2017 as part of a money-making scheme which injured one of the club’s players.

The defendant, identified as Sergei W., admitted to staging the roadside attack in April 2017 but said he wanted to make money rather than harm or kill anyone.

He had been charged with 28 counts of attempted murder, inflicting grievous bodily harm and of causing an explosion. The team had been heading to the club stadium – Germany’s biggest with capacity of 80,000 – for a Champions League match against AS Monaco when the bomb exploded. Defender Marc Bartra was hurt on the arm and the match was delayed by a day.

The defendant has expressed deep regret for what he had done, saying he had not meant to harm anyone. His lawyer said he had planned the attack to trigger a fall in BVB’s share price from which he could profit.

Prosecutors, who wanted him to be imprisoned for life, had argued that the defendant bought some 44,000 euros ($49,800) worth of options on the day of the attack which he could have sold at a profit if the share price had dropped.

In fact, BVB shares rose after the attack. Shares in the club also climbed 2.7 percent on Monday after the club’s latest victory in the Bundesliga took it to the top of the German table.