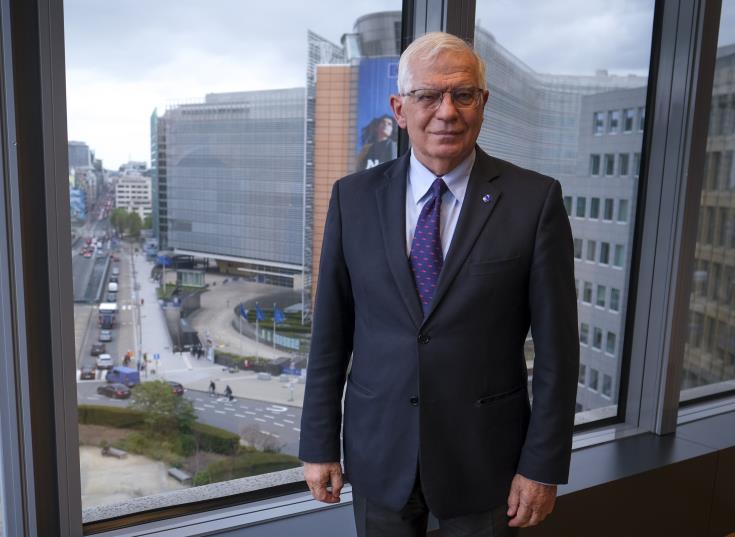 The sooner the EU becomes fully involved in ongoing UN-brokered Cyprus reunification talks the better, High Representative of the EU for Foreign Affairs and Security Policy and Vice-President of the European Commission Josep Borrell has said.

The statement was made in a reply letter dated June 1 to Chair of the Committee on Foreign Affairs in the European Parliament David McAllister that ruling Disy released in Nicosia on Sunday.

Borrell also welcomed the agreement reached in Geneva in April on another “5+UN” informal meeting on Cyprus – as announced by the UN Secretary General on April 29.

“We stand ready to provide whatever assistance both Cypriot leaders and the UN would find useful. I have reassured UN Secretary-General Guterres of the EU’s and my own readiness to engage at a political level, cognizant of the sensitivities of the process that he is trying to steer to a successful outcome,” Borrell said.

“The EU is an observer to the formal Conference on Cyprus. For above-mentioned reasons, the sooner the EU becomes fully involved in the Cyprus talks, the better. We are making this point with Turkey and the Turkish Cypriots,” he added.

Reminding that EU senior officials were present in Geneva in April for bilateral meetings he then noted that the EU remain closely engaged with the UN and the parties to this effect.

Borrell furthermore said he shares the assessment that the situation in Cyprus is unsustainable and increasingly worrying from both a Cypriot and an EU perspective.

And because of its implications for regional stability and prosperity in the Eastern Mediterranean.

“As the European Council has reaffirmed repeatedly, the EU remains fully committed to a comprehensive settlement of the Cyprus problem in accordance with relevant UN Security Council Resolutions and in line with the EU acquis”, he pointed out.

However, Borrell said that as he has discussed with both President Nicos Anastasiades and Turkish Cypriot leader Ersin Tatar the solution to the Cyprus issue cannot come from outside and that responsibility for finding a solution lies first and foremost with the Cypriots themselves.

“We know it is going to be a complex process but during my conversations, I have been encouraged by the readiness of both President Anastasiades and Mr Tatar to engage with the UN in order to find a common ground on the way forward”, he added.

The 5+1 Informal Meeting that took place in Geneva, on April 27-29, has failed to find enough common ground to allow for the resumption of formal negotiations in relation to the settlement of the Cyprus problem.