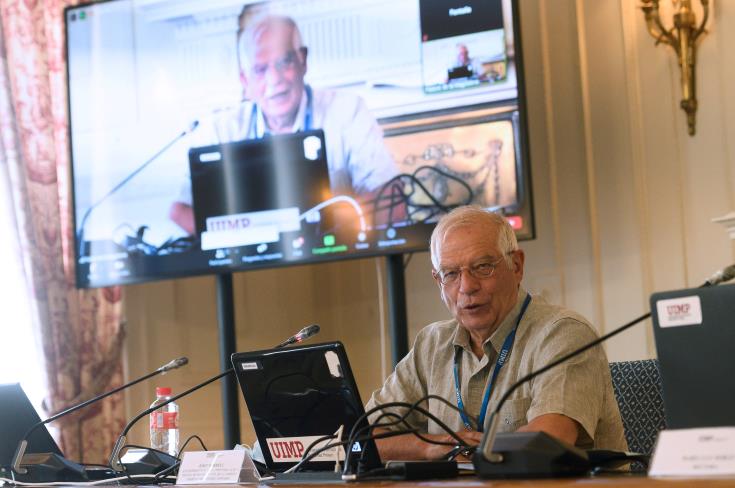 The European Union stands in full solidarity with Cyprus and Greece with respect to Turkey, EU High Representative on Foreign Affairs Josep Borrell emphasised on Tuesday, addressing a European Parliament debate on the situation in the Eastern Mediterranean.

He also noted that “immediate de-escalation is essential to allow the resumption of dialogue and the negotiations, which is the only path towards stability and lasting solutions”.

Additionally, addressing the MEPs, Borrell noted that the “situation in the Eastern Mediterranean demands urgent and collective engagement”, stressing that the events during the summer were unacceptable and that Turkey must stop all unilateral actions.

At the same time, Borrell underlined that “the foreign ministers of the European Union were very clear on the possible consequences in the absence of progress in engaging with Turkey”.

“The EU – and I, as High Representative – will continue to do everything we can to support the efforts to achieve a comprehensive settlement under UN auspices in accordance with relevant UN Security Council resolutions and in line with the principles on which the EU is founded and the EU acquis”, Borrell stated.

By In Cyprus
Previous article“It’s my fault I was wrong” says 24-year-old suspect in Liopetri attempted murder case
Next articleTUS Airways is asking state aid €800,000