Bolsonaro says Brazil is prepared in case of protests, but not worried 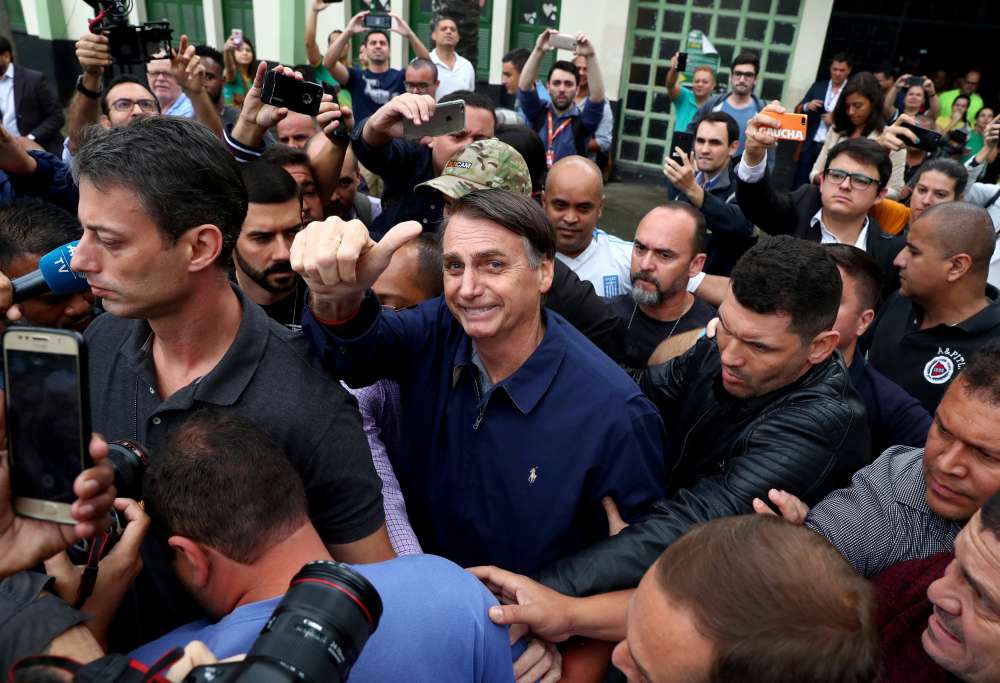 Brazilian President Jair Bolsonaro said on Saturday his government is alert and prepared for any possible social unrest after weeks of protests that have sent shockwaves across the region in recent weeks, but added he was not concerned.

“Of course South America is a concern for all of us,” he said at an event in Rio de Janeiro, highlighting in particular the case of Venezuela. “We have to be prepared and not be surprised by the facts, but so far I see no reason for this movement to come here.”

He also described the recent protests in Chile, whose 1973-1990 dictatorship Bolsonaro has praised in the past, as excessive.

“These are not demonstrations, they are acts of terrorism,” Bolsonaro said.

Bolsonaro added that the government is considering legalizing the export of so-called “in natura” wood – native trunks from the Amazon and other forests that could be sold abroad without any prior processing.

The president said the case is under consideration by Environment Minister Ricardo Salles, and permission to export such wood may need congressional approval.

“It is better to export in a legalized manner than in a clandestine manner,” Bolsonaro said. “Ricardo Salles will give me the final say next week.”

Bolsonaro has faced criticism from some countries and environmental groups over his stewardship of the Amazon, one of the world’s key bulwarks against climate change. Bolsonaro argues that it is Brazil’s choice how to develop its land.

On Saturday, he said he was unconcerned by critics’ accusations against him.