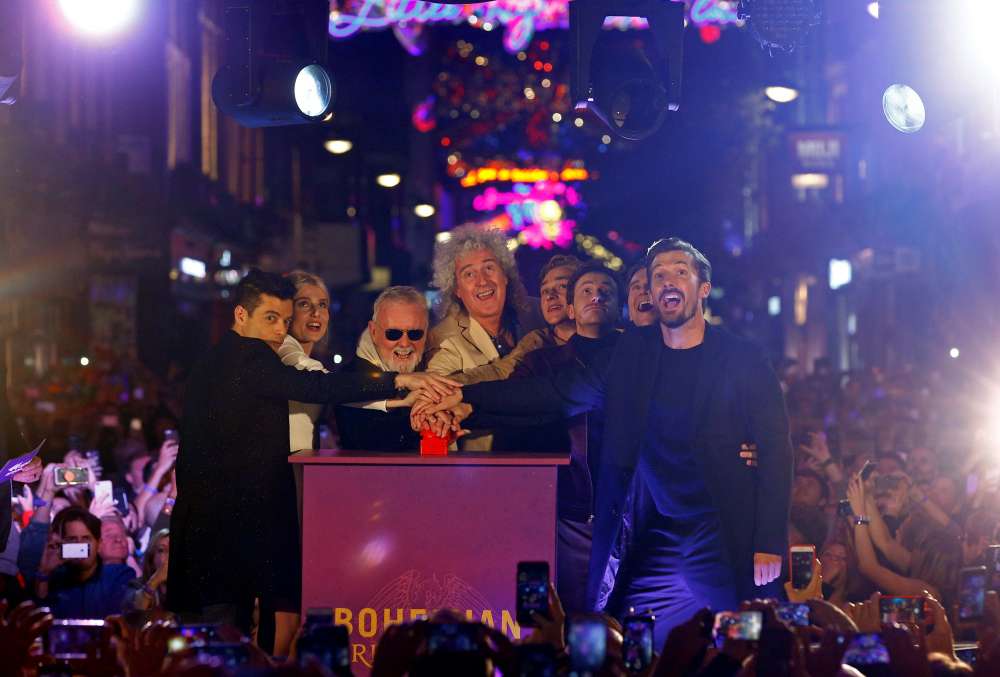 Fox’s Freddie Mercury biopic “Bohemian Rhapsody” overperformed with a rocking $50 million when it debuted in 4,000 theaters. That was enough to dominate in North America over fellow newcomers “The Nutcracker and the Four Realms” and “Nobody’s Fool.”

Rami Malek stars as Queen frontman Freddie Mercury in the film, which cost around $50 million to produce. “Bohemian Rhapsody” has generated a mixed critical response, though audiences have embraced it with a 96 percent on Rotten Tomatoes and an A CinemaScore.

Disney’s “The Nutcracker and the Four Realms” launched at No. 2 on the lower end of expectations with a disappointing $20 million from 3,766 venues, a rare miss for the Magic Kingdom given the movie’s $125 million price tag. The family-friendly film with Keira Knightley, Misty Copeland, and Mackenzie Foy was panned by critics, who gave it a 34 percent on Rotten Tomatoes.

Rounding out the top five are holdovers “A Star Is Born” and “Halloween.” Bradley Cooper and Lady Gaga’s “A Star Is Born” pocketed another $11.1 million in its fifth outing, marking an impressive drop of just 21 percent. That brings its domestic tally to a huge $165 million. Universal and Blumhouse’s R-rated slasher “Halloween” earned $11 million for a North American total of $150 million.

Find out where to watch Bohemian Rhapsody in Cyprus here.

By In Cyprus
Previous articleSaudi-backed forces advance towards Yemen’s Hodeidah as U.N. warns of famine
Next articlePolice continuing investigations on highway murder