Boeing invites pilots, regulators to briefing as it looks to return 737 MAX to service 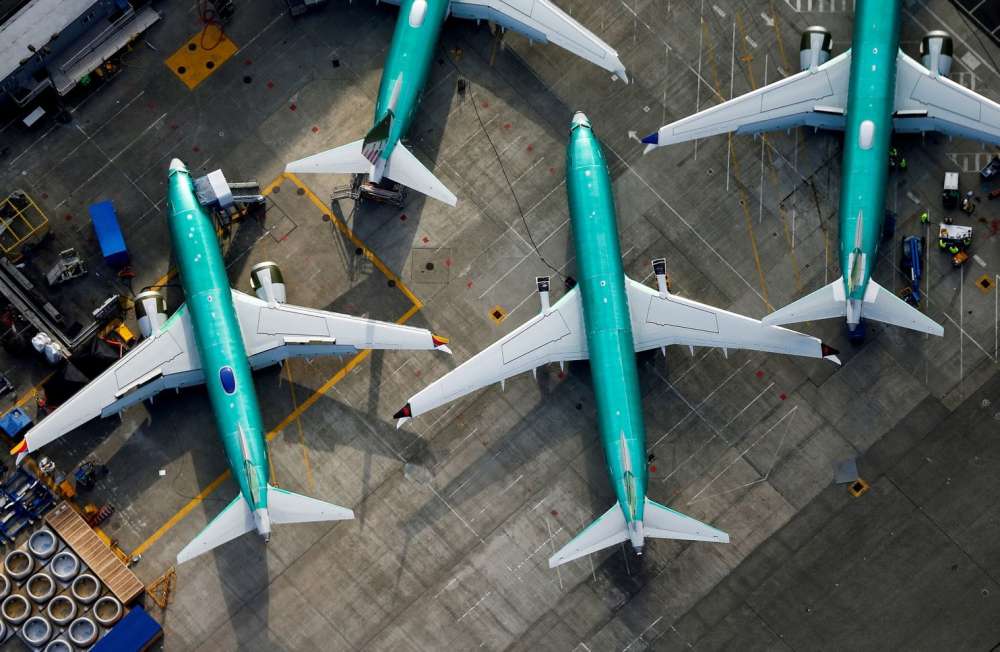 Boeing Co said it invited more than 200 global airline pilots, technical leaders and regulators for an information session on Wednesday as it looks to return the 737 MAX to commercial service.

The meeting is a sign that Boeing’s planned software patch is nearing completion, though it will still need regulatory approval.

Over the weekend, Ethiopian Airlines executives had questioned whether Boeing had told pilots enough about “aggressive” software that pushes the plane’s nose down, a focus of investigation into a deadly crash in Ethiopia this month that led to the global grounding of 737 MAX jets.

The informational session in Renton, Washington on Wednesday is part of a plan to reach all current and many future 737 MAX operators and their home regulators to discuss software and training updates to the jet, Boeing said in a statement.

Garuda Indonesia, which on Friday said it planned to cancel its order for 49 737 MAX jets citing a loss of passenger trust after the crashes, was invited to the briefing, CEO Ari Askhara told Reuters on Monday.

“We were informed on Friday, but because it is short notice we can’t send a pilot there,” he said, adding the airline had requested a webinar with Boeing but that idea had been rejected.

A Boeing spokeswoman said the Wednesday event was one of a series of in-person information sessions.

“We have been scheduling and will continue to arrange additional meetings to communicate with all current and many future MAX customers and operators,” she said.

Garuda has only one 737 MAX and had been reconsidering its order before the Ethiopian crash, as has fellow Indonesian carrier Lion Air, which experienced a deadly crash in October.

Lion Air Managing Director Daniel Putut said Boeing had informed the airline of the Wednesday meeting but it might not attend. He declined to provide further comment.

Singapore Airlines Ltd said on Monday its offshoot SilkAir, which operates the 737 MAX, had received the invitation to the Wednesday event and would send representatives.

Civil Aviation Authority of Singapore representatives will also attend, a spokeswoman for the regulator said.

Korean Air Lines Co Ltd, which before the grounding had been due to receive its first 737 MAX in April, said it planned to send pilots to Renton. South Korean low-cost carrier Eastar Jet will send two pilots, a spokesman said.

Ethiopian Airlines did not respond immediately to a request for comment about the meeting.

The 737 MAX is Boeing’s best-selling plane, with orders worth more than $500 billion at list prices.

Teams from the three U.S. airlines that own 737 MAX jets participated in a session in Renton reviewing a planned software upgrade on Saturday.

A U.S. official briefed on the matter Saturday said the Federal Aviation Administration (FAA) has not yet signed off on the software upgrade and training but the goal is to review them in coming weeks and approve them by April.

It remained unclear whether the software upgrade, called “design changes” by the FAA, will resolve concerns stemming from the ongoing investigation into the March 10 Ethiopian Airlines crash, which killed all 157 on board.

“After the crash it came to our attention that the system is aggressive,” Yohannes Hailemariam, vice president for flight operations at Ethiopian, told local reporters speaking in the Amharic language.

“It gives a message of stalling and it takes immediate action which is faster than the action which pilots were briefed to take by Boeing,” said Yohannes, himself a pilot with over 30 years of experience, including flying Boeing’s 777 and 787.

The U.S. official said planned changes included 15 minutes of training to help pilots deactivate the anti-stall system known as MCAS in the event of faulty sensor data or other issues. It also included some self-guided instruction, the official added.

American Airlines said Sunday it will extend flight cancellations through April 24 because of the grounding of the 737 MAX and cut some additional flights.