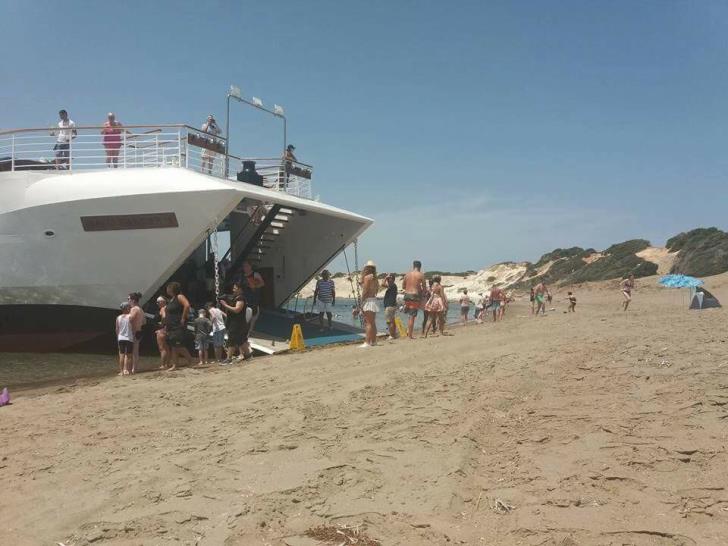 A boat offering cruises from Paphos harbour to other parts of the nearby coastline, like Akamas, Latsi and Aphrodite’s Rock (‘Petra tou Romiou’), also made a stop at the protected area of Lara, with passengers disembarking on the shore.

This incident caused the strong reaction of travelers who happened to be in the area. Citizens who noted this illegal activity made a complaint to the authorities pointing out that Lara’s status as a protected turtle conservation area should deter boats from even approaching the immediate area.

As reported, the visitors and the organizers of the trip also dug holes on the beach, something explicitly prohibited.

Local authorities had to be alerted, with the Department of Fisheries sending a district official on the spot.
The official notified Coast Guard and the Paphos district officer and asked visitors to immediately abandon the area. A Coast Guard boat was sent on the spot, giving the tourists a few hours’ notice to leave Lara.