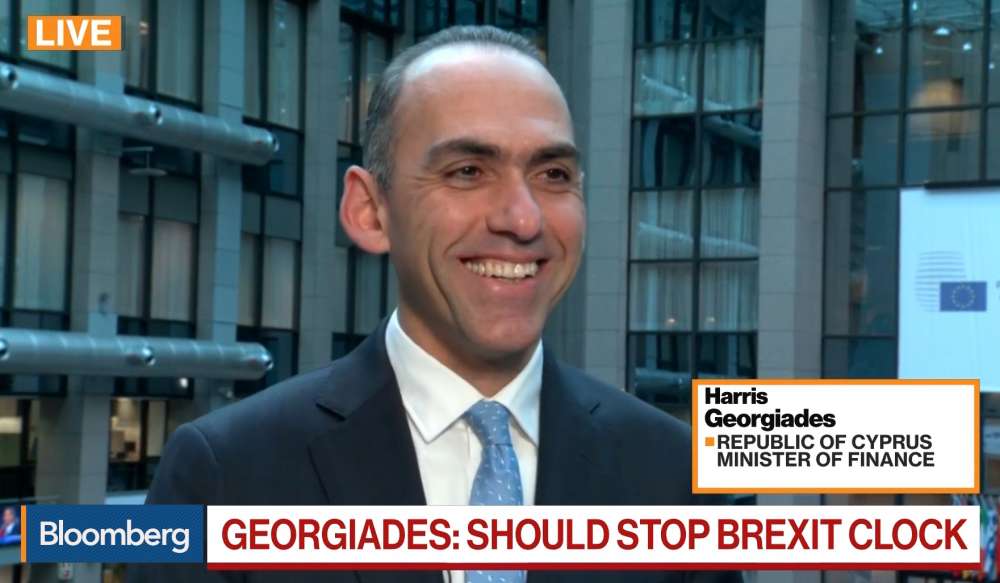 In an interview to Bloomberg, Cyprus’ Finance Minister Charis Georgiades spoke of the need to delay Brexit in order to avoid Britain crashing out of the bloc without an agreement.

With a little over 40 days until the EU and the UK officially divorce, Georgiades was asked to comment whether he thinks that a deal is still possible or if we’re moving closer to a no deal Brexit.

“I actually think that we should stop the clock, postpone the exit. That’s the best I can think of, considering where we are. Exiting without a deal is really unthinkable,” Georgiades said.

He added that the two sides “obviously” did not reach an agreement on how to exit and argued that more time is needed. “That’s why I say stop the clock. That’s the best I can think of, considering where we are.”

Uncertainty over the deal “is the worst thing we can do for all our economies,” the FinMin added. “Getting rid of the uncertainty is what I am suggesting. I am becoming a bit anxious, so I think that postponing the exit is the reasonable way forward.”

Although there is a consensus among the EU-27 on holding firm to the agreed framework, offering more time if needed, should not be a problem, the FinMin added.

“We do feel that there is a very strong appetite. The Cyprus economy remains one of the fastest growing economies in the eurozone, with a budget surplus, with unemployment coming down very fast, with a banking sector having healed to a very significant extent. All these play very positively in the investor community.”

Watch the full interview by Bloomberg:

Cyprus Finance Minister Harris Georgiades says the EU and the UK “should stop the clock” on Brexit in order to avoid Britain crashing out of the bloc without an agreement https://t.co/k7eAykS9SN pic.twitter.com/j6fFw93sUP