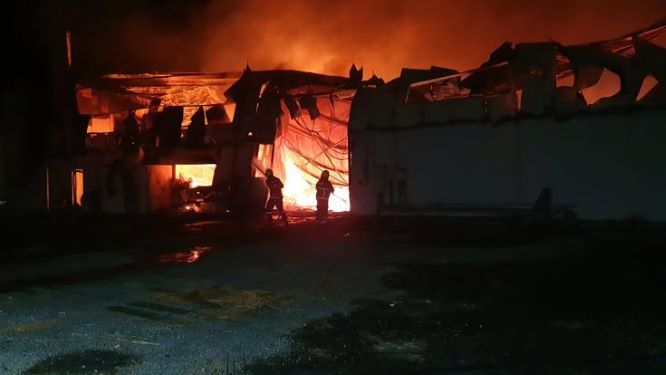 The fire service prevented a blaze from spreading at an industrial area in Ayia Varvara, Paphos last night, after it broke out in an oil production and processing factory.

The fire was a result of arson, according to a preliminary report.

Fire crews were called in just after ten thirty and responded with four vehicles.

Extensive damage was caused to the factory, made out of tin polyurethane, particularly in the oil processing area and offices, but the oil tanks were protected.

Quick response prevented the fire from spreading to surrounding factories and farms.