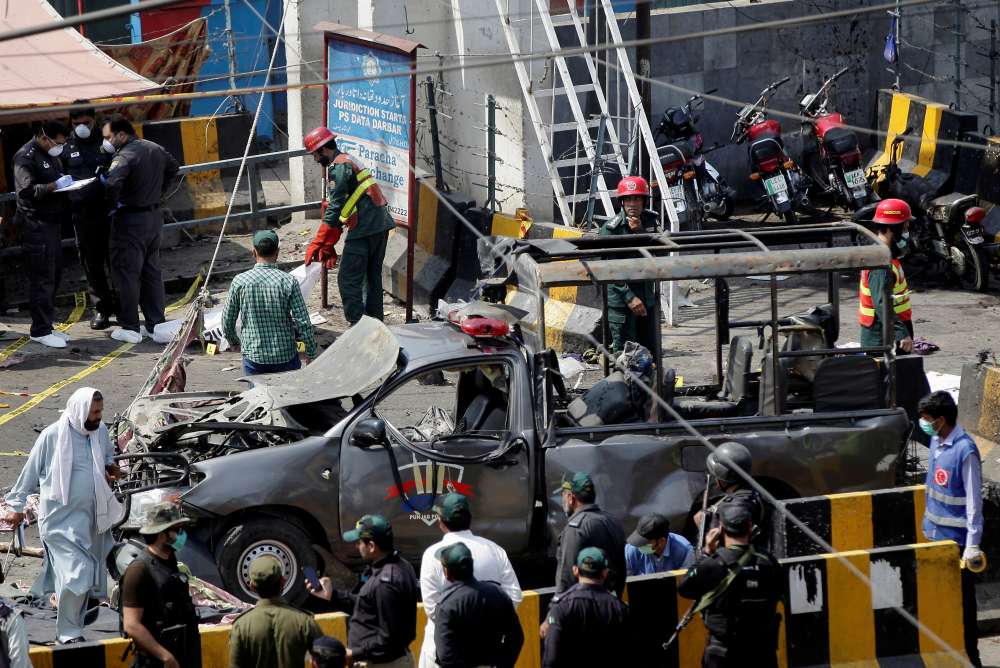 At least nine people were killed by a blast targeting a security checkpoint outside a major Sufi shrine in the eastern Pakistani city of Lahore on Wednesday, officials said.

The blast, one day after the beginning of the Muslim holy month of Ramadan, took place close to the Data Darbar, one of the largest shrines in South Asia, which was cordoned off by security forces.

“Police was the prime target in this attack. We are collecting forensic evidences to ascertain the nature of the blast. This attack has left nine dead and 24 injured,” said Ashfaq Khan, deputy inspector general of police operations in Lahore.

Many people were wounded and Muhammad Farooq, a spokesman for the city’s rescue services, said at least seven or eight of them were in critical condition.

Sufis, who follow a mystical form of Islam that has been practised in Pakistan for centuries, have been attacked by hardline Sunni Muslim militants in the past but there was no immediate claim of responsibility.

Police out up checkpoints on main thoroughfares leading to the shrine and hospitals were placed on alert, officials said.

Militant violence has declined sharply in Pakistan following a sustained crackdown in recent years and over the past two years Lahore, Pakistan’s second largest city, has been free of the kind of attacks that were once common.

However, officials warned that the attack highlighted the need for vigilance by people gathering for worship during Ramadan.

Khan said authorities had maintained a general security alert but there had been no specific warning about a threat to the Data Darbar, which attracts large numbers of visitors every year.