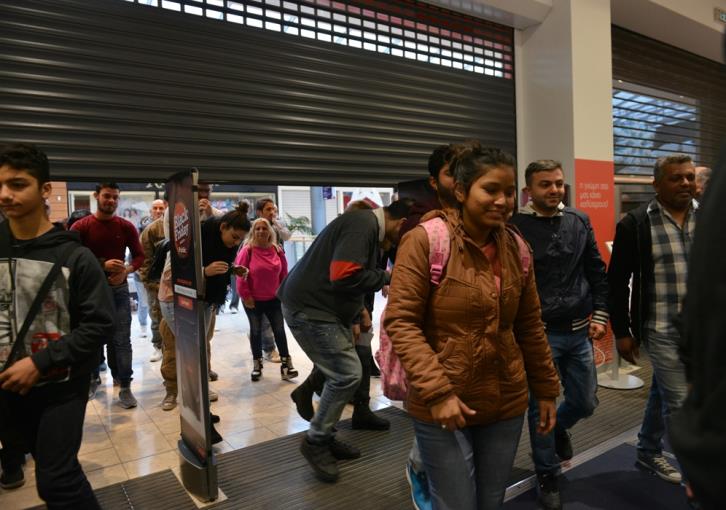 Fewer people lined up outside stores as Black Friday shopping kicked off, suggesting early discounts offered by retail chains and a surge in online buying may have taken the shine off America’s biggest shopping day.

Spot checks across the country showed there were fewer shoppers this year as retail chains started offering discounts earlier than usual to make up for a shorter holiday season.

Some shoppers also worried that tariffs imposed by President Donald Trump on Chinese imports would make their holiday shopping more expensive, though many large retailers had not raised prices to protect margins.

“There were definitely some concerns about prices due to what we see in the news about the trade war, but I haven’t seen the impact yet, so I am planning to spend about the same this year as I have in the past,” said Jay Smith, 28, who was shopping at a Macy’s in Pentagon City to buy clothes and toys for her family.

While store traffic still remains an important indicator, a lot of shopping during Thanksgiving and Black Friday now happens online. Adobe Analytics, which measures transactions from 80 of the top 100 U.S. online retailers, estimates $7.5 billion in online sales for Black Friday, growth of over 20.5% year-over-year.

Online sales on Thanksgiving Day alone jumped 17% to $4.1 billion in the United States, according to Salesforce. Global online revenue rose 24% to $20 billion.

Though Black Friday remains an important day for holiday shopping, its relevance is fading as the condensed shopping season this year has accelerated early promotions and spending. Retailers have six fewer days to make sales between Thanksgiving and Christmas Day.

That has pulled spending into early November. More than half of consumers polled by the National Retail Federation (NRF) in the first week of this month had already begun making purchases. On average, Americans had already completed almost a quarter of their shopping, the most in the history of NRF’s surveys.

“We’ve seen many merchants start their promotions pretty much right after the trick-or-treaters have gone to bed,” said Lauren Bitar, head of retail consulting at analytics firm RetailNext.

Sales made prior to Thanksgiving and Black Friday could erode “the spike that we have seen in sales dollars historically,” Bitar said.

Several shoppers on Friday said they regularly make sure they are getting the best deal by making price comparisons, oftentimes as they are shopping in-store.

“I will come to the mall, look at prices and go back and check them online,” said Dick Doyle, 76, who was shopping at a Modell’s Sporting Goods while his wife was next door at Nordstrom Rack. Doyle is an Amazon Prime member, which keeps him “locked in” to shopping the online retailer.

“Prices and discounts online are competitive to what’s available in stores,” he added.