Bishop of Morphou to be investigated for Palm Sunday liturgy 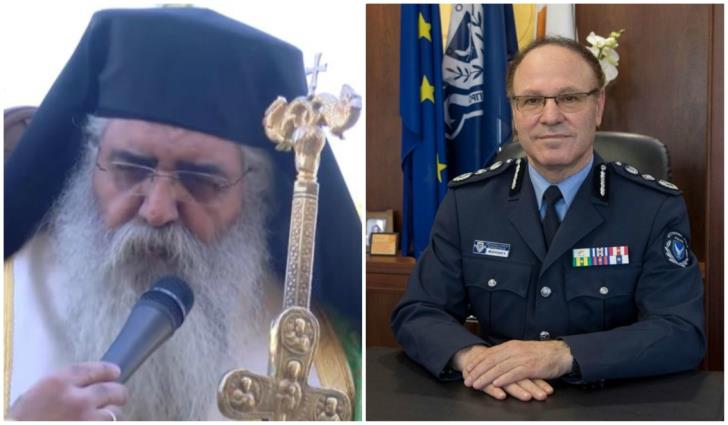 The chief of police Kypros Michaelides has ordered an investigation into the incident that took place on Palm Sunday at a church in Peristerona where the Bishop of Morphou held a liturgy despite a government decree banning religious congregations as part of measures to contain Covid-19.

Speaking to philenews, police spokesman Christos Andreou said that police arrived at the scene in Peristerona on Sunday advising the people present to depart, and three who refused were fined 300 euros each.

He added that an investigation will take place to establish whether a criminal offence has been committed by the Bishop of Morphou Neophytos.

“Nobody is above the law that safeguards public health,” Andreou said.

The incident unravelled on Palm Sunday at Peristerona village of Nicosia district when a police team broke up a liturgy being delivered by Morphou Bishop with 10 people present.

In a sermon following the incident published on Morphou Bishopric’s website, Neophytos called the officers ‘disrespectful’ for barging in during a reading of the gospel, and called on them to ask themselves whether they should answer to the law of the state or the law of god.

The bishop spoke of ‘intimidation of the faithful’ and insinuated disapproval of the policies pertaining to Easter of President Nicos Anastasiades and Greek Prime Minister Kyriacos Mitsotakis.

By Josephine Koumettou
Previous articleAward winners of Dot.on.the.map Industry Days
Next articleNew helpline for the vulnerable