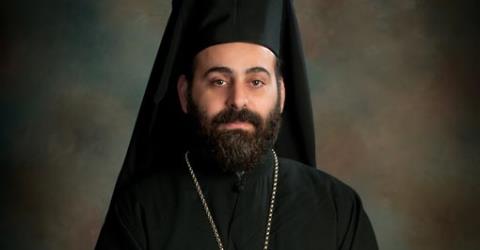 Bishop Chrysostomos of Kyrenia on Tuesday stepped into the controversy created by astonishing statements by his Morphou counterpart, saying that members of the clergy have no place in couples’ bedrooms.

Political parties have slammed the statements while government spokesman Prodromos Prodromou issued a written statement late on Tuesday saying the remarks violated the legally protected principle of equality of all citizens.

In a post on the Facebook page of the Kyrenia Bishopric, Bishop Chrysostomos said: “Expressing the position of the Holy Bishopric and of myself, we believe that the clergy should not meddle in couples’ bedrooms.”

And he added: “Also from our experience, through the study of the works of the holy people of the church or in personal communication with them, we have not read and we have not heard our saints refer to such issues in such detail.”

Archbishop Chrsyostomos told CyBC  that Bishop Neophytou’s views were the bishop’s personal views and do not represent the positions of the church or himself.

The government also weighed in with a written statement by the spokesman saying that even though the government does not interfere in church matters, it felt obliged to comment on public remarks which are in conflict with the principles of equal rights and respect for the dignity of citizens and which provoke public opinion.

The remarks have not only caused consternation, as they offend the reputation and dignity of a large number of citizens, but also cause unnecessary friction, he added.

Moreover, the Commissioner for Administration has already described the remarks as racist, and for this reason we believe they should be withdrawn in a way which restores respect for the rights and dignity of all citizens, he concluded.

And on Tuesday, new comments came to light in which he said it was hypocritical to mourn for the two children murdered by convicted serial killer Nicos Metaxas because of the high abortion rate in Cyprus.

In her written statement, Stylianidou said that the Bishop’s remarks insult women, motherhood and diversity in the choice of sexual orientation.

“Undoubtedly they offended the reputation of specific people while at the same time, once again, women are being victimised as responsibility for a person’s free choice of person regarding their sexual orientation has been shifted to women,” she said.

By In Cyprus
Previous articleWhat does the Cyprus Energy Agency do?
Next articleIsrael announces new homes for settlers, Palestinians in West Bank ahead of Kushner visit