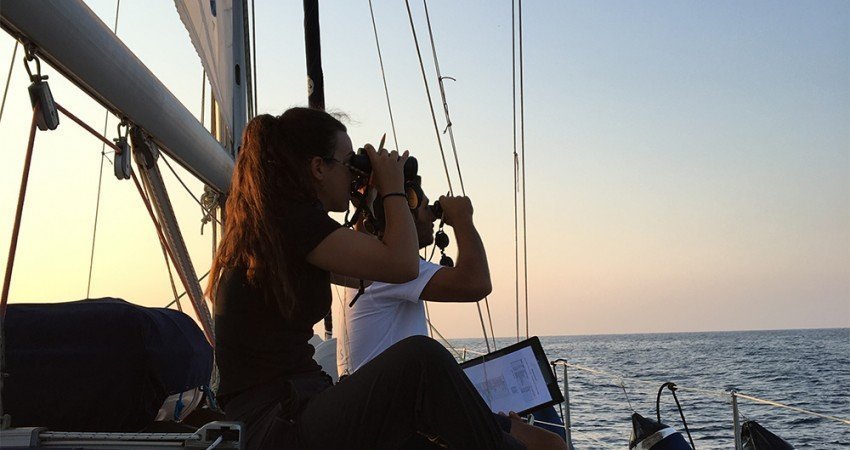 BirdLife Cyprus recently carried out a seven day survey of seabirds, part of a three year project to gather data on the seabird life of Cyprus.

In an article on their web page, it noted that we do not know a lot about seabird in Cyprus. Species and their abundance, distribution and population trends have yet to be recorded and understood.

“Though a lot may think that this is not the case due to the frequency of seagulls in the coastal areas of  Larnaca or Latchi, especially near fish taverns, our most recent survey suggests otherwise,” it said.

And it added: “Together with our project partners, Enalia Physis Environmental Research Centre, we headed out on a seven-day survey at sea as part of our MAVA-funded project to understand marine bycatch. Our main goal during this survey, one of the many to follow, was to spot and identify the seabirds of Cyprus. Our on-board observers were trained and ready to adopt the field methodology of ‘European Seabirds at Sea’ (ESAS). This survey makes up for only a part of the three-year project but is an important pillar for gathering knowledge and data for the seabird life of Cyprus.”

Each day comprised of at least eight hours of seabird monitoring, with two observers covering alternating two-hour shifts at a time.

Their first day out to sea was welcomed by a group of three common bottlenose dolphins that performed a spectacular jump right next to their boat.

“With this sudden burst of excitement, we were hopeful we would experience more such events. Success! Casually afloat, a flock of c.200 Yelkouan Shearwaters Puffinus yelkouan made their appearance off the area of Nea Dimmata,” the BirdLife Cyprus report added.

The Paphos to Pissouri/Lady’s Mile leg, was dissimilar in seabird occurrence, yet sporadic appearances of Scopoli’s Shearwaters Calonectris diomedea and Yellow-legged Gulls Larus michahellis were the norm. Reaching Zygi on the fifth day, and sailing through the fish farms, a flock of c.100 Yellow-legged Gulls was met in circular formation on set buoys. Some individuals displayed feeding behaviour, making the most of the aquaculture plants.