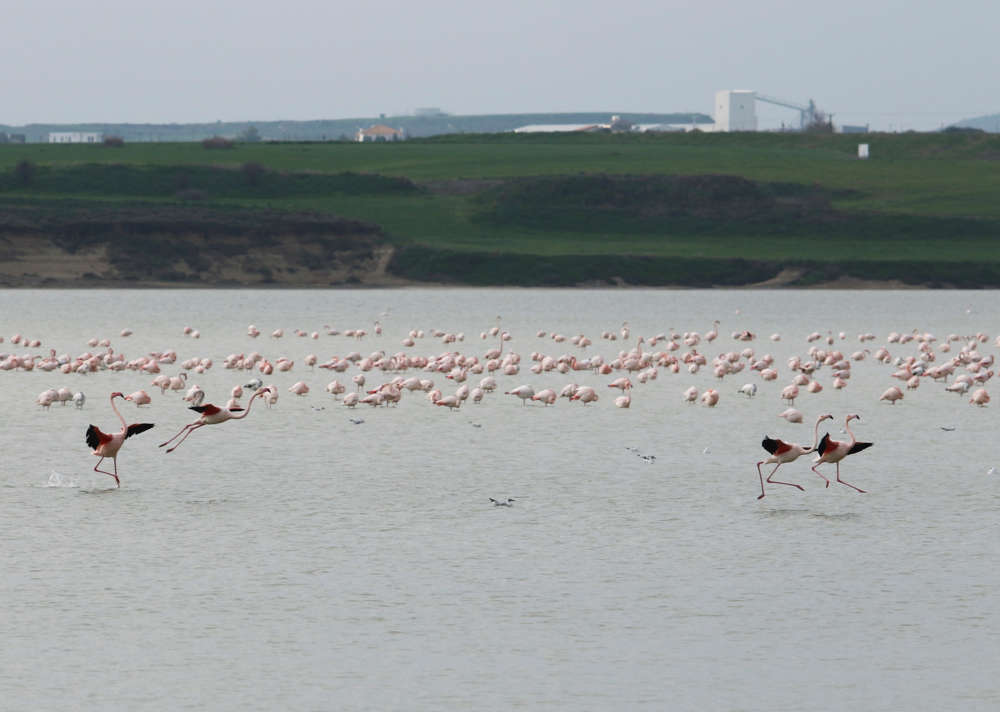 BirdLife Cyprus has expressed concern over the death of more than 20 flamingos at Larnaca’ salt lake, attributed at first sight to lead poisoning, and said it was in contact with authorities to identify the exact cause of death and take appropriate measures to avoid such incidents in the future.

The Game Service has said that the birds died from a combination of lead and increased stress because of the cold.

Larnaca mayor Andreas Vyras said the lead poisoning was from pellets left from a shooting range which has been moved and which authorities had said had been cleared. He added that the municipality will look into clearing the salt lake further.

In a post on Facebook BirdLife Cyprus said that the first signs suggest lead poisoning, as pellets were found in the stomachs of the dead birds.

More tests are required to show the levels of toxicity and whether these were fatal to the birds, it added.

“Unfortunately, this is an incident that has repeatedly preoccupied BirdLife Cyprus and the authorities in the past, due to the presence of lead pellets on the banks of the salt lake,” it said.

The NGO noted that when the water level rises, areas affected by the former shooting range flood. As a result flamingos are exposed to the presence of pellets in the mud as they look for food.

And it added: “It is reminded that lead is extremely toxic not only for birds, but also for our soil and water, and therefore human health. The use of lead pellets is prohibited in Cyprus within 300 metres of wetlands, salt lakes and dams.”.

BirdLife Cyprus is in contact with the authorities to identify the exact causes of death of birds and to take appropriate measures to avoid such incidents in the future, it concluded.