BirdLife Cyprus have launched a petition opposing a new Paphos-Polis Chrysochous highway which they say will dissect an untouched landscape of high ecological value, including the protected site of Ezousa Valley.

The NGO is is instead suggesting the current road be upgraded.

Ezousa Valley is a unique Natura 2000 site and one of the most untouched valleys carved by rivers flowing from the Troodos mountain range, it said.

The valley is a harmonious mix of traditional rural landscape with grazed grasslands and wild scrublands. Ezousa Valley, the birds that call it home and the unparalleled countryside surrounding it are being threatened, directly and permanently, by the construction of a new motorway linking Paphos to Polis Chrysochous, it said.

The motorway has been declared a ‘public interest’ project by the Council of Ministers and a state tender has been opened for its construction, with a deadline of  November 1, 2019.

BirdLife Cyprus  said it supports finding a solution to road safety problems, when this is in conjunction with the sustainable development of local communities and when laws pertaining to the protection of nature are taken into consideration.

1. Does not put a protected area and the countryside at risk,
2. Does not burden the taxpayer with a waste of public money and
3. Maintains the route through the communities, thus supporting local businesses in the long run.

The ecological impact of the new motorway
This 31-kilometre-long motorway, which will require at least five bridges and two tunnels, will dissect an untouched landscape of high ecological value, including the protected site of Ezousa Valley.

Emblematic bird species such as the Bonelli’s Eagle Aquila fasciata, the Long-legged Buzzard Buteo rufinus, the Peregrine Falcon Falco peregrinus, the European Roller Coracias garrulus, as well as the endemic species of Cyprus Wheatear Oenanthe cypriaca and Cyprus Warbler Sylvia melanothorax will suffer a major blow, mainly due to disturbance and loss of a significant habitat, BirdLife Cyprus said. 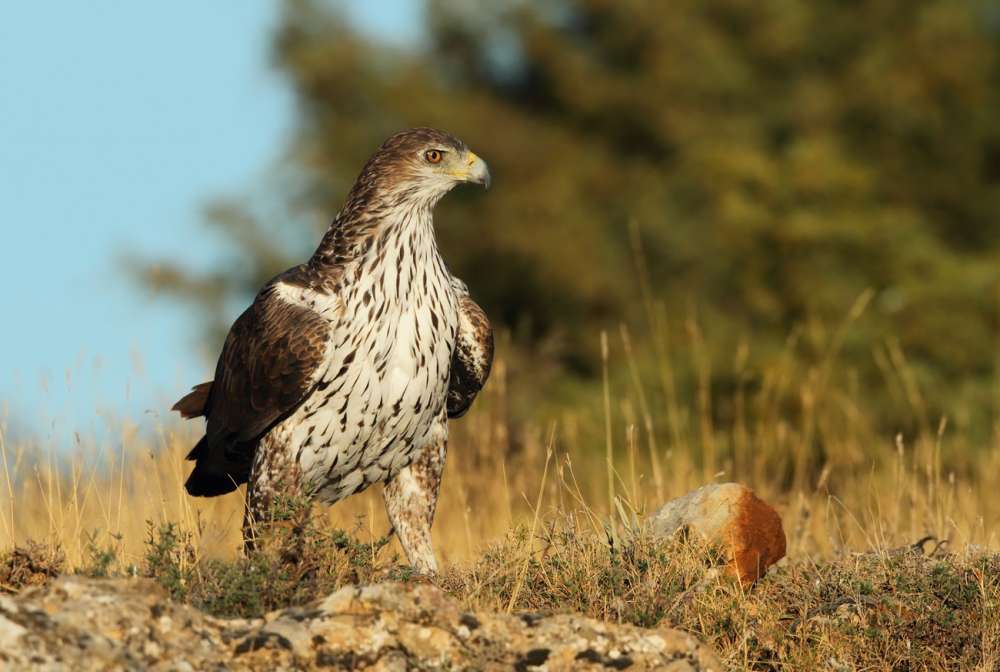 The problem with the procedure that was followed:
Cabinet decided on March 15 to declare the new motorway a “Public Interest” project ignoring:

Recently published opinions of the Department of Environment clearly concluding that the project will have significant negative and lasting effects on nature, which cannot be mitigated for.

*  The clear alternative of upgrading the existing road, which was not even considered, with ‘past political decisions’ the only pretext for ignoring this cheaper option.

* The EU Directive governing Natura 2000 sites, which states that consideration of alternatives is a prerequisite before any project can be declared of Public Interest.

* The Auditor General’s remarks that under the relevant law the new motorway is not economically viable as planned, as its cost is not justified by traffic in the area.

* The enormous amount of € 70 million for the construction of just the first phase and half the motorway, which does not include the additional cost of land expropriation, and which is much higher than the cost of improving and upgrading the existing road.

* The socio-economic impact of bypassing local communities and businesses currently on the existing route, an issue which has not been assessed.

“BirdLife Cyprus believes that the Ministerial Decision on the Paphos-Polis motorway amounts to a deeply flawed excuse for putting an economically, socially and ecologically damaging “development” and interests above any real public good,” it said.

It urged the public to make their voices heard before it’s too late.

Concerned citizens can express their opposition to the new motorway and demand the upgrading of the existing road by signing the online petition here.

By In Cyprus
Previous articleBriton describes terrifying moments after army depot explodes near Kyrenia
Next articleSerious steps of progress have been made, UNSG’s envoy on Cyprus says