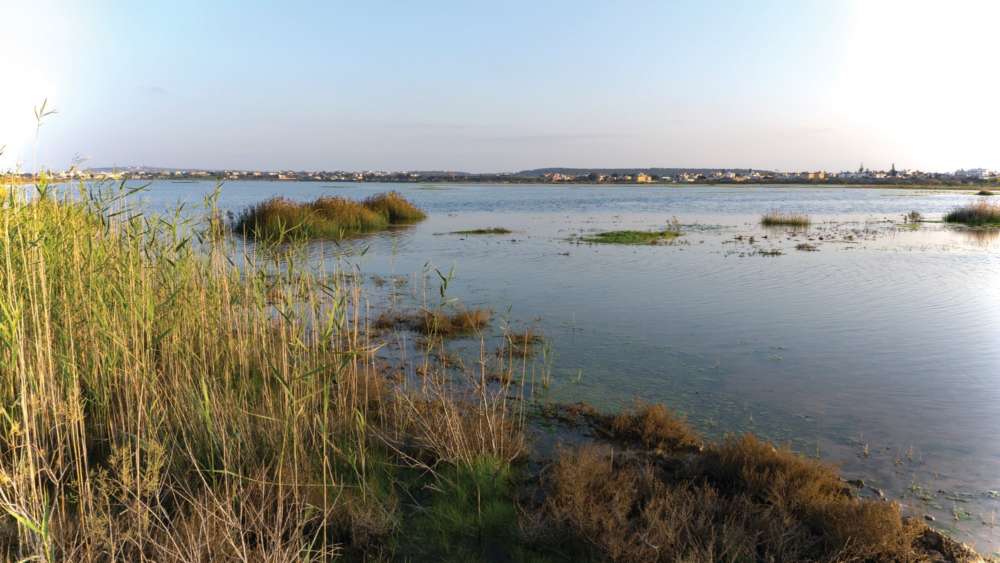 BridLife Cyprus has once again sounded the alarm over the loss of water at Paralimni lake that poses a real danger for an important wetland which is also a Natura 2000 site.

In a post on Facebook, the NGO posted a video taken at the lake this morning. This shows water flooding the roads after someone removed the earth bund that closes the lake’s irrigation channel in order to drain it.

“Our appeals to the competent authorities for action to stop the loss of valuable water from Paralimni lake appear to be going unheeded,” BirdLife Cyprus said.

It said that with the bird breeding period fast approaching, it is important that the loss of water is stopped. Should the lake be drained, this will have very serious reprecussions on the birds and the hydrology of the lake, it added.

“Once again we ask all competent government departments to take URGENT measures so as to stop Paralimni lake being drained and to investigate who is responsible for these reckless actions.”

CABs, the Committee Against Bird Slaughter,  added its voice to the protests. “Paralimni lake keeps losing water as we speak? Until when will this ridiculous situation continue? A protected area, home for many protected animal species, including the rare Cyprus grass snake is being drained and the state is standing idle, taking no action. The government should take their responsibilities and close the channel immediately. Paralimni lake needs urgent protection, not draining!” it said.

Last month, BirdLife Cyprus condemned the removal of an earth bund at Paralimni Lake and called on the state to take immediate action to stop valuable water from being lost and to implement a sound and comprehensive management plan for the Natura 2000 area.

“Attempts to drain the Lake have been made in the past as a result of pressures that arise from the uncontrolled development around but also within the Lake. Not only are such incidents very worrying, especially so close to the bird breeding season, they also reveal the systemic gaps that still exist for the proper management of our protected wetlands,” it said.

Paralimni Lake is part of the Natura 2000 network of protected areas because of its importance for birds and for the endemic and rare Grass snake Natrix natrix cypriaca, which is on the brink of extinction.

In 2012, the European Court of Justice condemned Cyprus for failing to protect Paralimni Lake, and for “tolerating” excessive water extraction, a motocross circuit within the site and building development. Eight years later, Cyprus seems to have not learned the lesson, as no serious efforts have yet been made to effectively protect and manage the area, BirdLife Cyprus said.

The Federation of Environmental Organisations of Cyprus, BirdLife Cyprus, Terra Cypria, and Cyprus Natural Coastline have also sent an joint open letter to Minister of Agriculture Costas Kadis and Minister of Interior Nicos Nouris protesting the lack of coordinated action on a number of issues threatening Paralimni lake. Despite its protected status and the fact that the European Court of Justice condemned Cyprus in 2012 for failing to protect Paralimni Lake, the area is still facing an array of threats, the letter said.

By In Cyprus
Previous articleUS energy official: Provocative actions in East Med should be avoided
Next articleFirst group exhibition of Maronite artists in Nicosia