The Committee Against Bird Slaughter (CABS) sounded an encouraging note at the end of a six week bird protection camp, during which nine volunteers from four countries participated in a campaign with police and game wardens.

Five poachers were prosecuted and 286 limesticks were collected — the lowest number CABS has ever recorded during spring (for comparison: in spring 2017 there were more than 1,800).

Unlike previous years, no mist nets were found.

“This is is the lowest number of cases that we have seen in spring. It is a positive message that the trapping of birds, at least during the spring migration period is slowly disappearing, as the number of traps found by our members has fallen dramatically,” said CABS head Alexander Heyd.

“The fines imposed for illegal trapping during the period when hunting is prohibited serve as a significant deterrent, in contrast with those imposed in autumn (during the hunting season). One poacher was fined €8,200 for trapping with limesticks and another was fined €20,200 after limesticks and mesh wire was found in his possession,” he added.

Of the 17 active trapping sites recorded, nearly all were in the Famagusta area which retains the worst track record for bird trapping.

The Famagusta area was also where other illegalities and incidents of abuse of wild life were observed,

On April 23, Eurasian collared doves were found in a cage during the hunting season in the Kokkines area near Ayia Napa. They had no food or water and 12 had already died.

The game warden was called in and ten were freed and volunteers managed to nurse another two back to health.

On April 30, the CABS team found three dead fox cubs, again in the Kokkines area, that had been poisoned. Two others were found alive nearby. As the parents could not be found, they were taken to a wild life shelter in Nicosia where they are recovering, CABS added.

Members of the public who wish to report cases of illegal bird trapping can do so on CABS Facebook page https://www.facebook.com/CABS2011/. Alternatively  they can email: [email protected] / [email protected]

The photo shows a female Sardinian warbler, CABS volunteers were able to free unharmed from a limestick in April 2019. 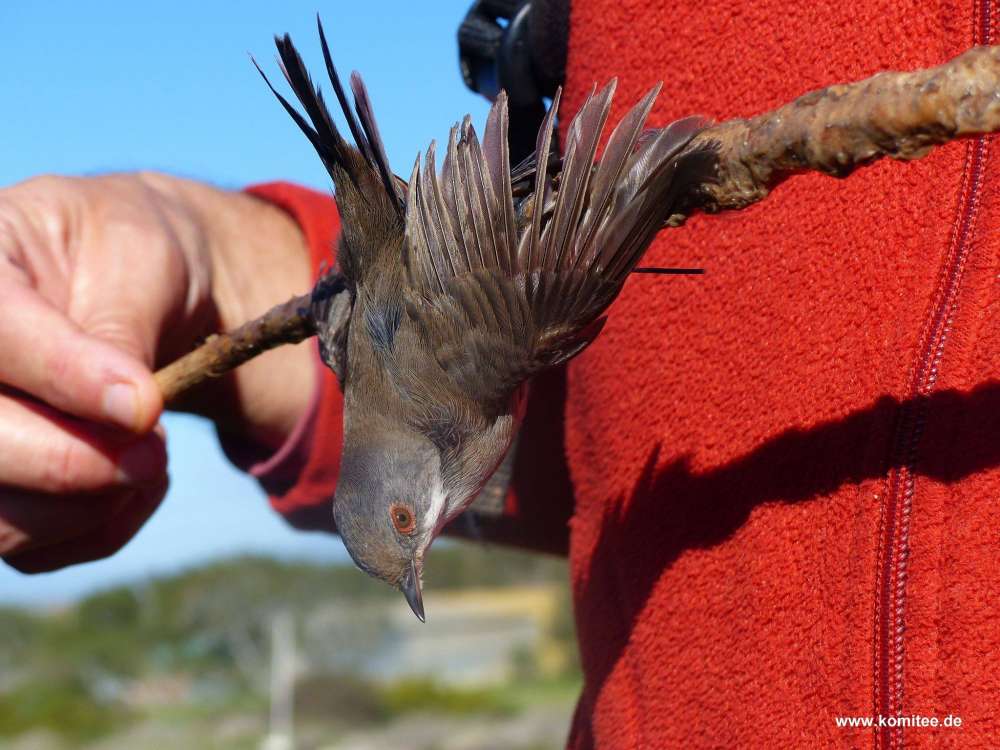 The company that bought the ammonium nitrate which exploded in Beirut last August had possible links to two Syrian businessmen under U.S. sanctions for...
Read more