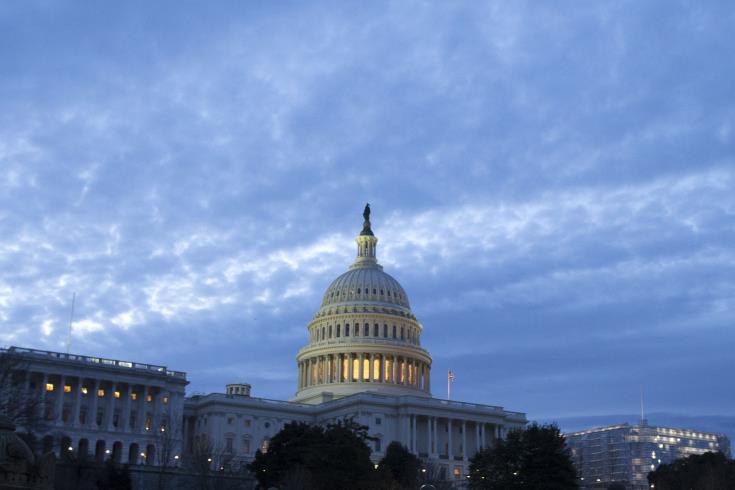 A bipartisan bill seeking to lift the arms embargo to Cyprus, which has been in place since 1987 was introduced by Democrat Senator Bob Menendez of New Jersey, Ranking Member of the Senate Foreign Relations Committee, and Republican Senator Marco Rubio of Florida.

In a press release the two Senators say that “The Eastern Mediterranean Security and Energy Partnership Act of 2019” would:

“The Eastern Mediterranean Security and Energy Partnership Act of 2019 would allow the US to fully support the trilateral partnership of Israel, Greece, and Cyprus through energy and defence cooperation initiatives – including by lifting the embargo on arms transfers to the Republic of Cyprus,” the press release reads.

The legislation, it adds, “also seeks to update US strategy in recognition of consequential changes in the Eastern Mediterranean, including the recent discovery of large natural gas fields, and a deterioration of Turkey’s relationship with the United States and our regional partners.”

“The time has come for the US to deepen this cooperation and build on the constructive progress made by our allies to help ensure a secure Eastern Mediterranean,” Menendez said, adding that “this legislation seeks to strengthen our bonds of friendship through joint efforts to promote peace, prosperity, and security for our nations.”

On his part, Rubio noted that “by lifting the US Arms Embargo on Cyprus and extending necessary Foreign Military Assistance to Greece, this legislation brings forth a comprehensive approach to the stability of key regional partners.”

The bill notes that “the direct sale or transfer of arms by the United States to the Republic of Cyprus would advance United States security interests in Europe by helping to reduce the dependence of the Government of Cyprus on other countries for defence-related materiel, including countries that pose challenges to United States interests around the world.”

It continues noting that it is in the interest of the United States to continue to support United Nations-facilitated efforts toward a comprehensive solution to the division of Cyprus; and for the Republic of Cyprus to join NATO’s Partnership for Peace program.

It also provides that “not later than 90 days after the date of the enactment of this Act, the Secretary of State shall submit to the appropriate congressional committees a report on Russian Federation malign influence in Cyprus, Greece, and Israel since January 1, 2017.”

It further stipulates that “not later than 90 days after the date of the enactment of this Act, the Secretary of State, in consultation with the Secretary of Defence and the Secretary of Energy, shall submit to the appropriate congressional committees a report listing incidents where the Exclusive Economic Zone of Cyprus or the sovereign territory of Greece in the Aegean Sea have been violated.”

The Bill provides that “no F–35 aircraft purchased by Turkey may be exported, re-exported, or transferred to the Government of Turkey.”

“The restrictions shall remain in effect until “the Government of Turkey formally renounces and rejects the purchase of S–400 anti-aircraft system, or any similar system, from the Russian Federation; and no elements of the S–400 or similar system are located within the territory of Turkey,” it reads.

Among others the bill says that the Secretary of Energy “may establish a joint United States-Eastern Mediterranean Energy Centre in the United States leveraging the experience, knowledge, and expertise of institutions of higher education and entities in the private sector, among others, in offshore energy development to further dialogue and collaboration to develop more robust academic cooperation in energy innovation technology and engineering, water science, technology transfer, and analysis of emerging geopolitical implications, which include opportunities as well as crises and threats from foreign natural resource and energy acquisitions.”

In the meantime, the Hellenic American Leadership Council (HALC) and the American Jewish Committee (AJC) have welcomed the development.

We join with our partners @HellenicLeaders to voice our support for the Eastern Mediterranean Security and Partnership Act, introduced by @marcorubio and @SenatorMenendez. Cyprus and Greece are key partners for promoting peace and stability and deserve our full support. pic.twitter.com/A7PbvorCUM

AJC CEO David Harris said that at a time when the Eastern Mediterranean is emerging as a distinct and vital geopolitical region, efforts of congress to secure US leadership and bolster existing partnerships should be applauded.”

“Today’s Mediterranean is reclaiming much of its historic importance,” said on his part Endy Zemenides, Executive Director of HALC.

“Developments in the greater Eastern Mediterranean region will effect U.S. interests in Europe, the Middle East, and beyond. We applaud the leadership of Senators Menendez and Rubio. This Act will make a difference.”

Cyprus has been divided since 1974, when Turkey invaded and occupied its northern third. In 1987, the US placed restrictions on the transfer of arms and defensive material to Cyprus.  Turkey has found a way to circumvent the arms embargo by placing tens of thousands of Turkish troops armed with American weapons in the northern part of Cyprus.  The arms embargo has forced the Republic of Cyprus to purchase weapons from other nations.

A copy of the bill can be found here.