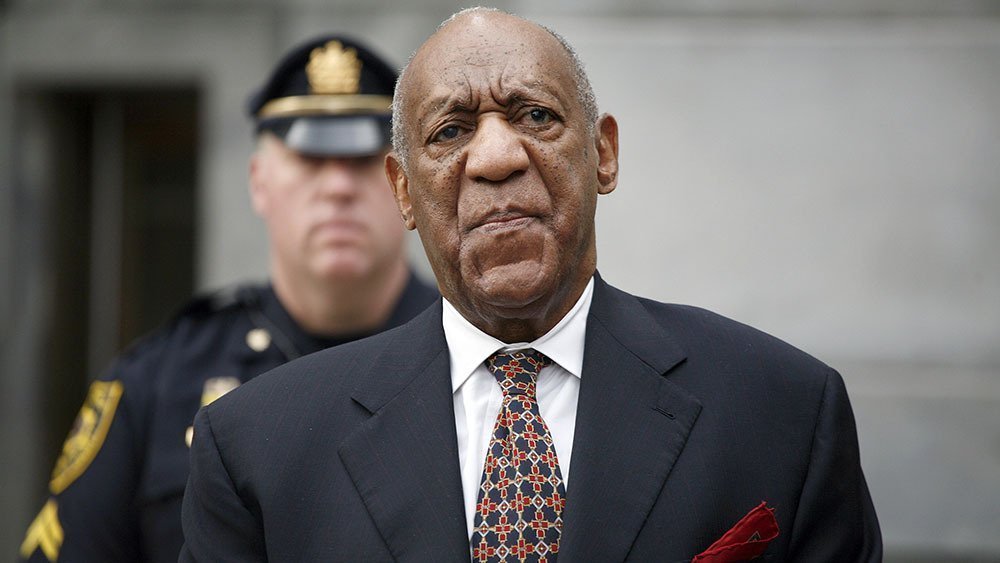 In a verdict that seemed destined to stand as a major milestone in the #MeToo movement against sexual assault, the once beloved actor and comedian Bill Cosby was convicted by a Pennsylvania jury on Thursday of drugging and molesting an acquaintance in 2004.

The jury announced its verdict after fewer than two days of deliberation. Cosby, 80, faces a possible maximum prison sentence of 15 to 30 years.

Cosby stood up and erupted after jurors left the courtroom, the Associated Press reported. He used an expletive to refer to district attorney Kevin Steele, who was arguing to revoke Cosby’s bail, and shouted: “I’m sick of him!”

The verdict came as vindication for dozens of women who have publicly accused Cosby of sexual abuse, harassment or attempted abuse.

A trial on the same charges last summer ended in a mistrial with a hung jury.

A request by prosecutors to revoke Cosby’s bail was denied. The court ordered Cosby to remain living in Montgomery county until his sentencing.

Cosby was convicted of drugging and sexually assaulting Andrea Constand, a former basketball player who was 30 years old at the time of the alleged incident. Cosby said the two had a consensual relationship.

His lead defense lawyer, Thomas Mesereau Jr, vowed to appeal the verdict in remarks outside the courthouse. “We are very disappointed by the verdict. We don’t think Mr Cosby is guilty of anything, and the fight is not over,” Mesereau said.

Five women in addition to Constand testified for the prosecution at the trial that Cosby had assaulted them. Cosby did not testify in his own defense.

The five women joined a news conference outside the courthouse with lawyer Gloria Allred, who represented many Cosby accusers.

“We are so happy that finally we can say, women are believed, and not only in a hashtag ‘#MeToo’, but also in a court of law,” Allred said. “After all is said and done, women were finally believed, and we thank the jury for that.” 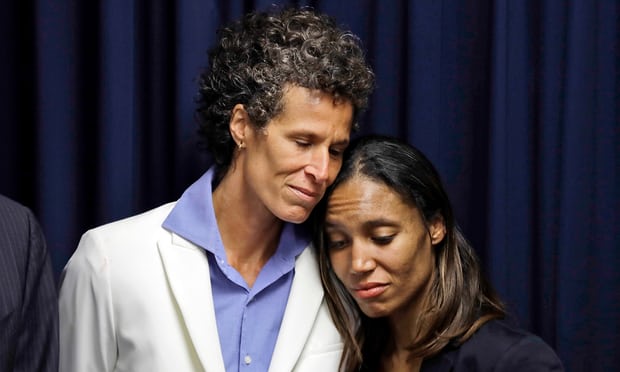 But the defense team called into question the motives and characters of Cosby’s accusers, branding Constand a “pathological liar” and declaring of one supporting witness: “It sounds as though she slept with every single man on the planet.”

Cosby was convicted on three charges of aggravated indecent assault.

The verdict completes a dramatic downfall for one of America’s most popular and family-friendly entertainers, who now faces the prospect of spending the final years of his life in prison.

Meanwhile a series of civil lawsuits still stand against him in Massachusetts and California.

Cosby’s accusers have described alleged sexual assaults by him involving sedatives, taking place in the 1960s, 1970s, 1980s and 1990s.

Dozens of new accusers stepped forward after video circulated of an October 2014 stand-up routine in Philadelphia, Cosby’s hometown, in which the comedian Hannibal Buress riffed on rape accusations against Cosby.

In a September 2005 deposition, Cosby acknowledged that he had, in the past, obtained seven prescriptions in his name for quaaludes – a powerful sedative – that he never intended to take himself.

The deposition transcripts contained this exchange between Cosby and the plaintiff’s attorney Dolores Troiani:

Troiani: When you got the quaaludes, was it in your mind that you were going to use these quaaludes for young women that you wanted to have sex with?

Asked by police whether he had ever had sexual intercourse with Constand, Cosby replied, according to court documents: “Never asleep nor awake.”

Cosby was a successful stand-up comedian and film actor and starred in hit television shows including Fat Albert and the Cosby Kids and The Cosby Show.

Cosby’s career collapse began before his first trial in June 2017, in which a jury deliberated for five and a half days before declaring themselves unable to reach a verdict. Amid a growing public reckoning with sexual assault and discrimination prompted by the #MeToo movement, the Cosby trial took on broad social overtones.

As Cosby arrived at the courthouse as the trial began, a topless protester with “Women’s Lives Matter” and other phrases written across her body jumped a barricade near him and was arrested.

After the verdict on Thursday, Washington-based attorney Joseph Cammarata, who represents Tamara Green and six fellow plaintiffs in a federal defamation lawsuit against Cosby in Massachusetts, where the actor has a house, told the Guardian he expected that case to move forward now. It had been on hold pending the outcome of the criminal case.

“One can imagine that this is a significant result with a positive impact on the state of affairs,” he said, praising “excellent testimony” from the prosecution in the retrial. The women claim Cosby sexually abused them decades ago and while the statute of limitations has passed in relation to those events, they are suing Cosby for accusing them of “absurd” fabrication.

In Los Angeles, Judy Huth is suing Cosby over allegations he assaulted her when she was a minor and model Janice Dickinson is suing him for defamation.