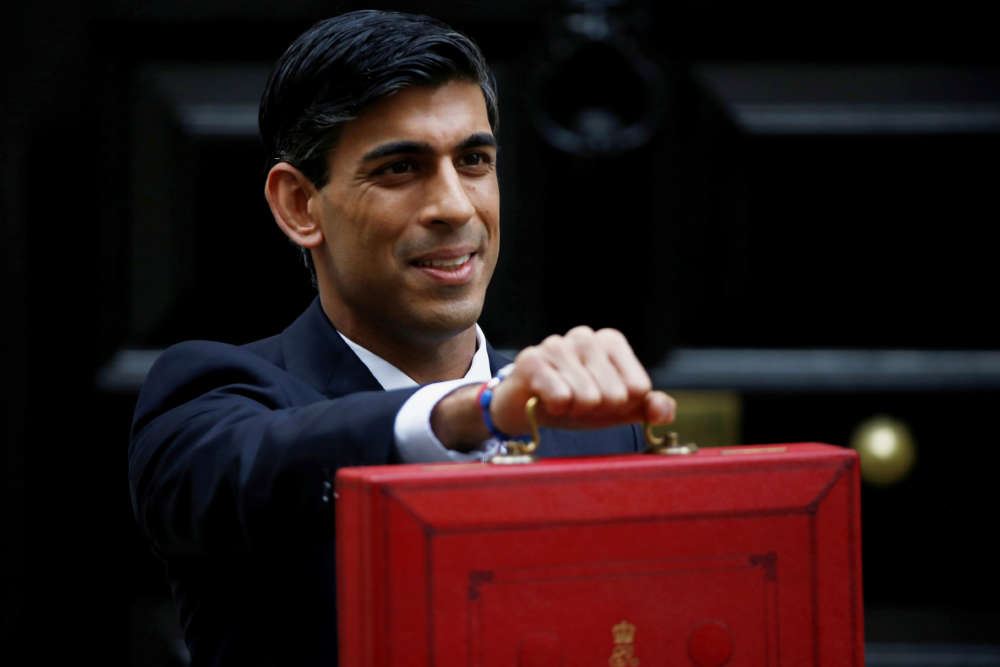 British finance minister Rishi Sunak announced a spending splurge to ward off the economic effects of coronavirus in his maiden budget on Wednesday, ditching the taunting preferred by his predecessors in favour of an earnest tone more in tune with worrying times.

That thrust Sunak, who backed Brexit, into Britain’s second highest political office at a time of heightened uncertainty over the country’s future relationship with the European Union and a burgeoning global crisis over the impact of coronavirus.

On Wednesday, he stood up in parliament to warn of a significant but temporary impact on the British economy.

“I know how worried people are, worried about their health, the health of their loved ones, their jobs, their income, their businesses, their financial security,” he told lawmakers.

“And I know they get even more worried when they turn on their TVs and hear talk of markets collapsing and difficult times coming.

By way of reassurance, he promised “whatever it takes” to support the economy, unveiling a 30 billion pound stimulus plan.

That vindicated those who bet last month that Sunak, a Johnson loyalist, would be less of a political obstacle to higher spending than Javid.

Born in England to Indian parents – a doctor and a pharmacist – Sunak is married to the daughter of an Indian billionaire, co-founder of IT services company Infosys, Narayana Murthy.

Since being elected to parliament in 2015 he has risen rapidly through the ranks of the Conservative party, and is seen by senior figures as someone who is highly trusted by Johnson.

Usually a smiling, energetic media performer, Sunak was grave as he appealed for cross-party unity to tackle the epidemic and its fallout.

That contrasts to the triumphant tone of most recent budgets delivered by the Conservatives.

Lawmakers from his own party kept their cheering muted, and Sunak largely resisted the temptation to litter his speech with partisan rhetoric and jokes at the expense of the opposition Labour Party.

“This house (parliament) has always stood ready to come together, put aside party politics and act in the national interest,” he said. “We have done so before. And I know we will do so again.”