Big quake rattles area of 20 million people in California; no one killed 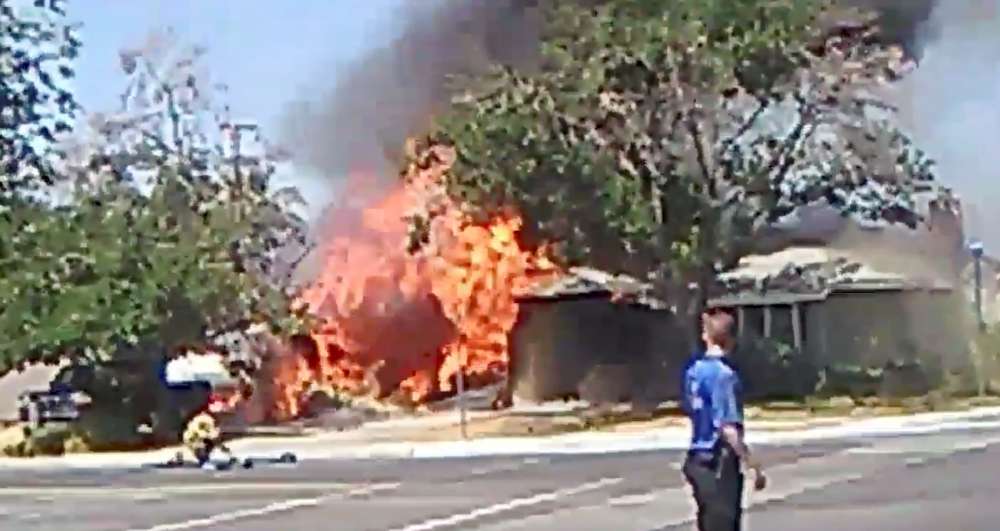 A powerful earthquake jolted Southern California on Thursday, touching off fires, damaging buildings and forcing the evacuation of a hospital in a desert town northeast of Los Angeles, but there were only minor injuries.

The 6.4 magnitude quake, the most powerful in Southern California in 25 years, struck about 113 miles (182 km) northeast of Los Angeles near the city of Ridgecrest at around 10:30 a.m. PDT (1730 GMT), according to the U.S. Geological Survey (USGS). The epicenter was on the edge of Death Valley National Park.

The Kern County Fire Department said it was dealing with “multiple injuries” that it described as minor, two house fires, small brush fires and gas leaks.

California Governor Gavin Newsom approved an emergency proclamation, and Ridgecrest Mayor Peggy Breeden said she had declared a state of emergency, a step that enables the town to receive help from outside agencies.

Ridgecrest Regional Hospital was being evacuated and patients were being moved to other locations for fear of a powerful aftershock, she said. About 15 patients were moved, local media said, citing fire officials.

Although no injuries had been reported, Breeden said she has asked residents to check on their neighbours in the high desert town, which has a population of about 28,000.

“We’re a close-knit community and everybody is working to take care of each other,” she told Reuters by telephone.

The quake is the largest in Southern California since the 1994 magnitude 6.6 Northridge earthquake, USGS geophysicist Paul Caruso said. That quake, which was centered in a heavily populated area of Los Angeles, killed 57 people and caused billions of dollars of damage.

Ridgecrest may not get much respite in the hours and days ahead.

USGS seismologist Lucy Jones said more than 80 aftershocks had hit the area in the hours since the initial quake. “We should be expecting lots of aftershocks and some of them will be bigger than the 3s we’ve been having so far,” Jones told a news conference.

“I think the chance of having a magnitude 5…is probably greater than 50-50,” she said.

The quake was very shallow, only 6.7 miles (10.7 km), amplifying its effect, and was felt in an area inhabited by 20 million people, the European quake agency EMSC said.

Witnesses reported detecting the quake throughout Los Angeles, as far north as Fresno, as far east as Las Vegas, Nevada, and south of the border in Mexico, where buildings were evacuated in the cities of Tijuana and Mexicali, according to Baja California Norte state officials.

The shaking expelled water from swimming pools throughout the region.

Chuck Schlie, who was visiting Los Angeles for the first time with his family from St. Louis, said he was lying in bed at his hotel room in nearby Anaheim when he felt rumbling.

“I thought, wow, this is really weird. Am I going crazy?” Schlie said outside the historic TCL Chinese Theatre on Hollywood Boulevard. “If you’ve never experienced it, you think, ‘Am I out of my mind? Why am I feeling like this?'”

James Wilhorn, the manager of Howard’s Mini Mart in Ridgecrest, said his gas station was the only one open in the area because of damage to others and the Independence Day holiday, and there was a line of 20 cars waiting to fill their tanks.

“I mopped up over 20 gallons (76 liters) of wine that fell over in addition to the beer, soda and the cooler that fell over. We have several thousand dollars worth of damage,” Wilhorn said.

Some 5,851 customers were without power in Kern County, according to poweroutage.us.