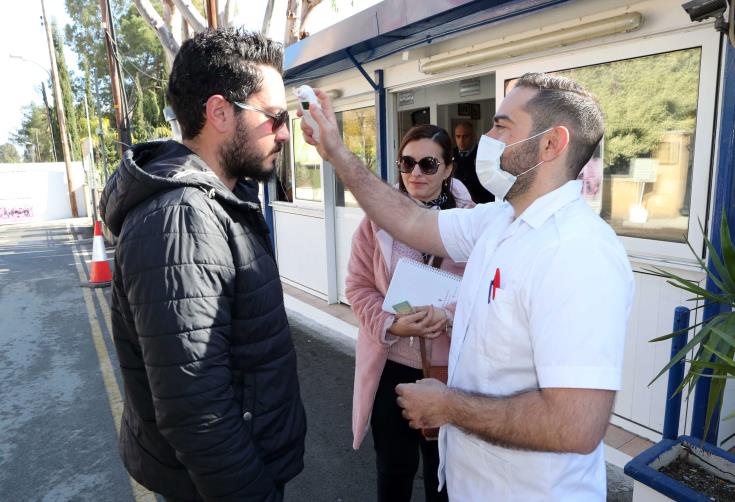 A bicommunal technical committee on health is set to convene at noon to discuss the coronavirus situation across Cyprus.

Greek Cypriot co-head of the committee Leonidas Phylactou told CNA that the main matter on the agenda will be “to brief each other on the pandemic, the situation on both sides and the measures in place.”

Phylactou said that he is in touch with his Turkish Cypriot counterpart on a daily basis, they inform each other and discuss mainly requests on treatments and drugs for Turkish Cypriot patients, adding that the full committee will have a meeting via teleconference later today.

Asked whether the opening of crossing points on the basis of epidemiological data from both sides will be discussed, he replied that what has been agreed is to generally discuss the situation on both sides in relation to the pandemic.

Turkish Cypriot authorities have prohibited all crossings from mid-March. On April 11 the prohibition expanded to include the diplomatic corps and members of the UN.

The Republic of Cyprus’ Cabinet had decided on February 28 to suspend the operation of four crossing points (Ledras Street, Astromeritis, Lefka and Dherynia), as a precaution against COVID-19 continuing however to allow crossing at another five crossing points taking all necessary precautions.