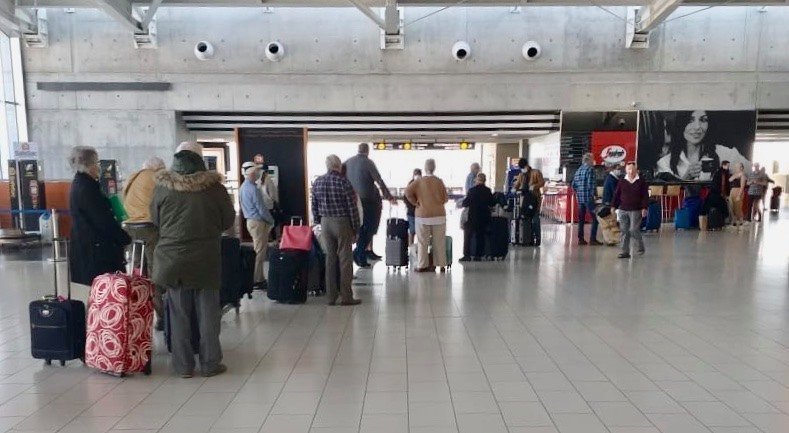 The British High Commission is asking British tourists who remain in Cyprus and wish to leave on the next available flight to send a private message through its Facebook page to register so that it can inform them quickly about future flight options to leave the island.

Contact details should ideally have an email address and telephone number. Tourists should indicate whether they are in the north or south of the island, it said.

“If you are a British resident, we advise you to stay where you are and abide by local restrictions,” the BHC added.

About 80 British tourists were able to return home safely to the UK yesterday on a Cyprus Airways flight that flew to Heathrow to pick up repatriating Cypriots and permanent residents.

“Our thanks to the Cypriot government for their co-operation on this initiative,” the High Commission said, adding that those who wanted to, but were unable to leave should keep following its page for further updates on departure options.

By In Cyprus
Previous articleCyprus has 4th lowest fertility rate in EU
Next articleCovid-19: A round-up of the latest developments in Cyprus